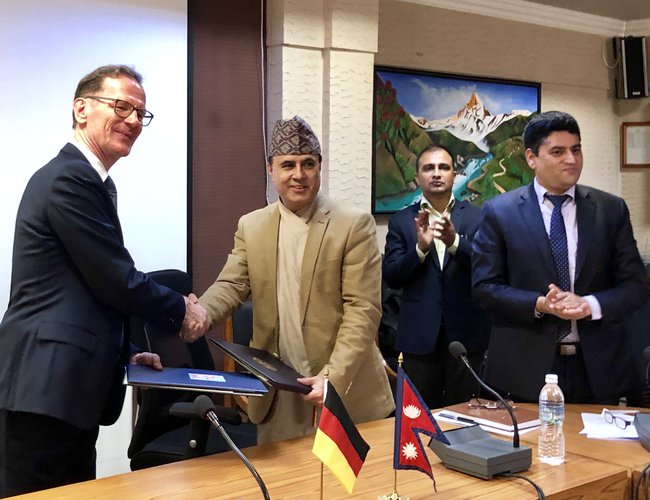 Secretary Rajan Khanal at the Ministry of Finance and German Ambassador t to Nepal Roland Schäfer signed a financial cooperation agreement of Euro 24,3 million (equivalent NPR 3.02 billion) of grant assistance on behalf of their respective governments.

The total volume of bilateral technical and financial cooperation from Germany since cooperation began in 1959 amounts to around Euro 979.6 million of grant assistance.

According to a press release issued by Embassy of the Federal Republic of Germany Kathmandu, the grant assistance committed by the Federal Government of Germany in September 2018 will be used for the projects implemented by the German Development Bank KfW on behalf of the German Federal Ministry for Economic Cooperation and Development (BMZ). 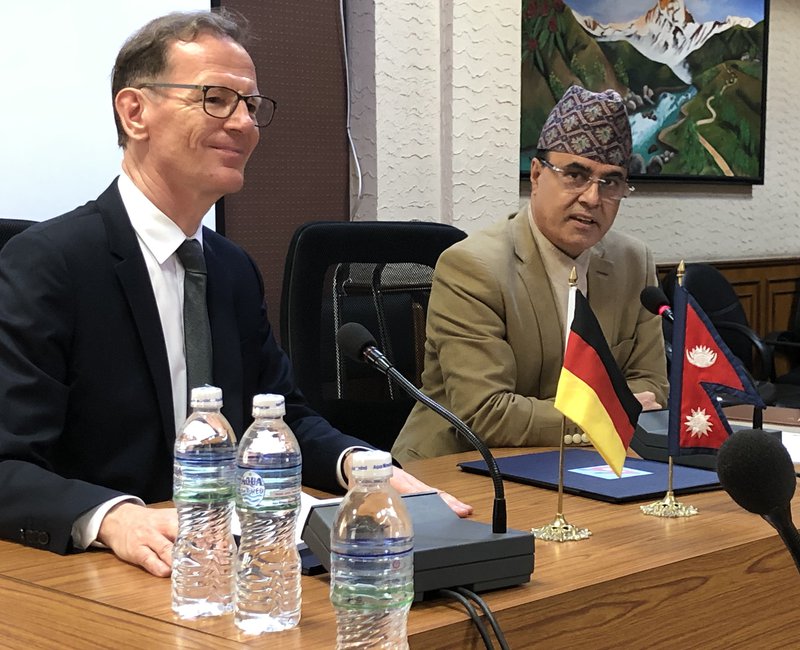 The projects include Promotion of Solar Energy in Rural Areas, Improvement of Mother and Child Care in Urban Areas - Paropakar Maternity and Women's Hospital Kathmandu and Sustainable Economic Development in Rural and Semi-Urban Areas–MSME Finance/Phase 2.

The Promotion of Solar energy aims to support solar energy technologies such as solar pumping systems for drinking water and for irrigation, solar systems for public institutions like schools, health centers and government offices.

Similarly, sustainable Economic Development in Rural and Semi-Urban Areas–MSME Finance/Phase 2 is a continuation of earlier support to improve access to sustainable and target-group oriented loans, predominantly in rural and semi-urban Nepal and in particular for loan sizes which go beyond micro finance but remain below traditional corporate finance (so-called ‘missing middle’).

Both governments expressed their commitment to ensuring a successful and timely implementation of these key projects.

Four Arrested With Red Panda Hide In Karnali By Agencies 1 day, 2 hours ago