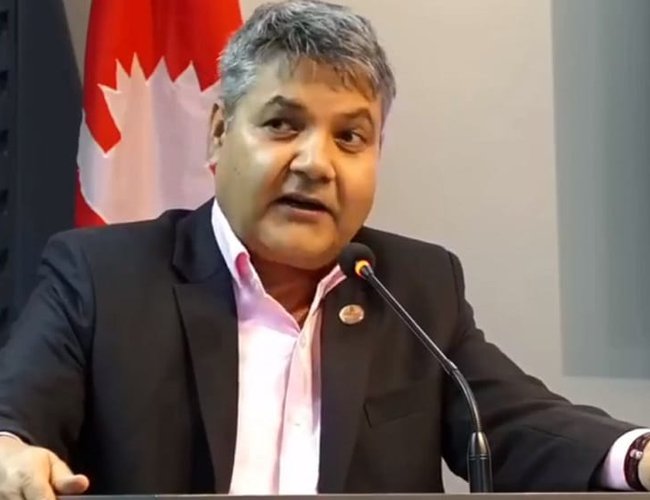 Minister of Communication and Information Technology Gokul Prasad Baskota criticized the instruction given by a parliamentary panel to the government to immediately halt all work related to hosting of the International Indian Film Academy Awards in Nepal.

The Himalyan Times Reports that the directive issued by the parliamentary International Relations Committee on Tuesday has prompted the Nepal Tourism Board to temporarily halt the process of organising the grand Bollywood awards show in the country.

"The panel gave the instruction stating that the Nepal government’s financial liability mentioned in the draft agreement to be signed with IIFA Awards organizer, Wizcraft International Entertainment, was “inappropriately and unnaturally high considering the country’s economic status,” says the paper.

According to the paper, the panel also said that the agreement which the government was intending to sign with Wizcraft would “hamper Nepal’s independence, freedom and identity, and adversely affect Nepal’s cultural liberty and national interest”. This statement has drawn criticism, with many questioning how an Indian awards show could threaten Nepal’s sovereignty.

“Parliamentary committees should give instructions after conducting thorough research,” Baskota, who is also the minister of communications and information technology, told media-persons, expressing dissatisfaction over words used by the panel in its directive. “Media persons should ask the parliamentary committee members how organizing the program would harm the country.”

The minister, who is quick at taking jabs at those who differ with the government’s views, also mocked lawmakers in the parliamentary committee, referring to them as a group of “know-it-alls”. “They must have prepared a thesis on the topic and consulted all the experts before issuing the directive,” Baskota said in a satirical tone.

Nepal is planning to host the IIFA Awards in August. The event is scheduled to be held with the support of Kathmandu Metropolitan City and Nepal Tourism Board. The draft agreement states that the government will pay $4 million to the event organizers and bear other costs related to accommodation and logistics of around 4,000 guests and construction of necessary infrastructure.

"The IIFA has been hosting the awards ceremony since 2000. And every year the event is held in countries other than India. So far, the event has been held in around 11 countries across the globe, including the US, the UK and the UAE, according to the minister," says The Himalayan Times.

Four Arrested With Red Panda Hide In Karnali By Agencies 6 hours, 47 minutes ago

PHDCCI Pitches For India To Be A Hub Of Sustainable Mobility By NEW SPOTLIGHT ONLINE 2 days, 7 hours ago