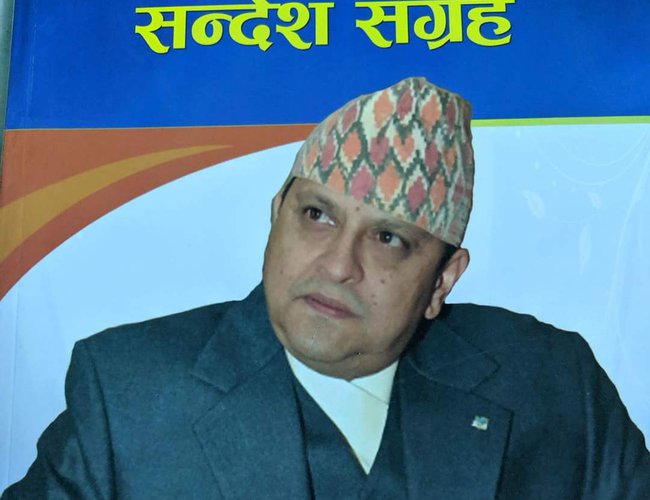 Former King Gyanendra has expressed his firm respect to nation and patriotism. In his latest write up published in the book Sandesh Sangraha (Collection of Messages), former monarch said that he loves independent Nepal. He said in his message that he was not separate from those who expect to see Nepal has highly prosperous country. He said that the country is common garden of all.

Expressing his words from heart, former King Gyanendra expressed that he is proud to be a kin of nation builder Prithvi Narayan Shaha, grandson of King Tribhuwan benefactor of democracy , father Mahendra, originator of Nepali Nationalism and brother of Birendra, a development thinker.

Edited by former Secretary of Royal Palace Phani Pathak, 328 hundred pages book consist of message delivered by former King Gyanendra in different periods of time including as a King and later as former King. 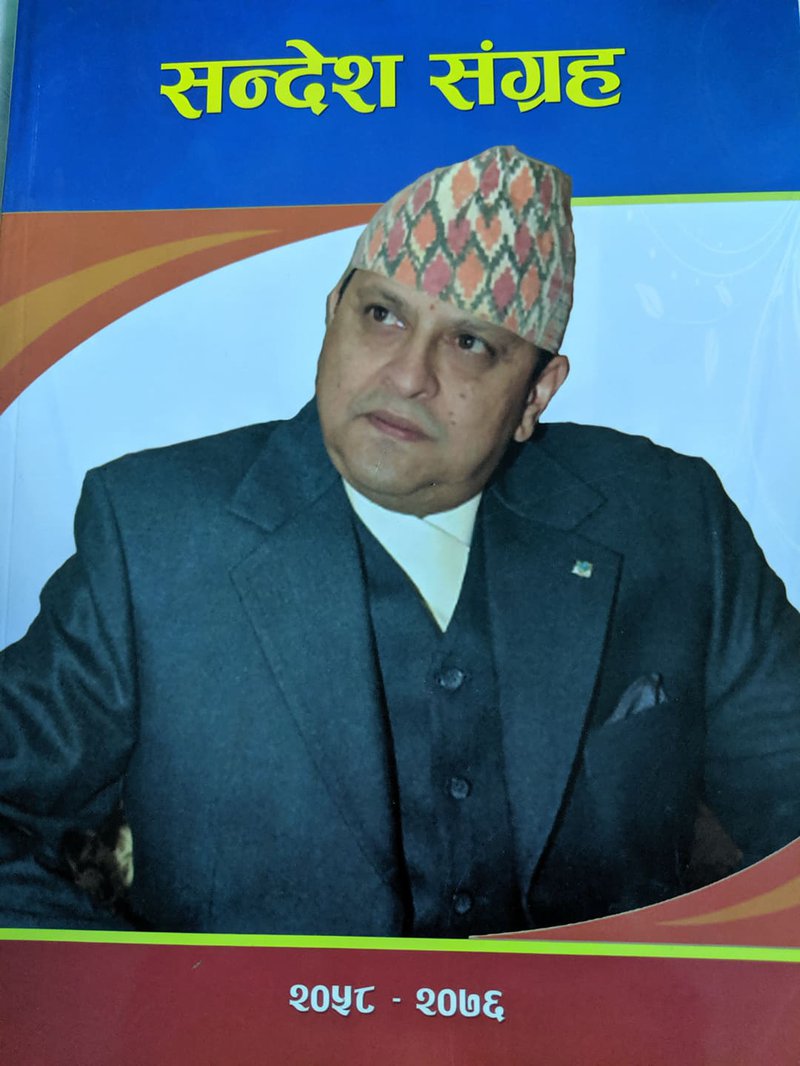 Published to compile historical messages of the book in one place, the book is worthy for the researchers and academicians from Nepal and abroad to know contemporary state of Nepal.

Having working long time with former King Gyanendra, Phani Pathak is a man of honesty and faithful to monarch and monarchy. At a time when some of Pathak’s former boss or sectaries and officials lie on the controversy, Pathak has brought a book to the public compiling historically significant statements. 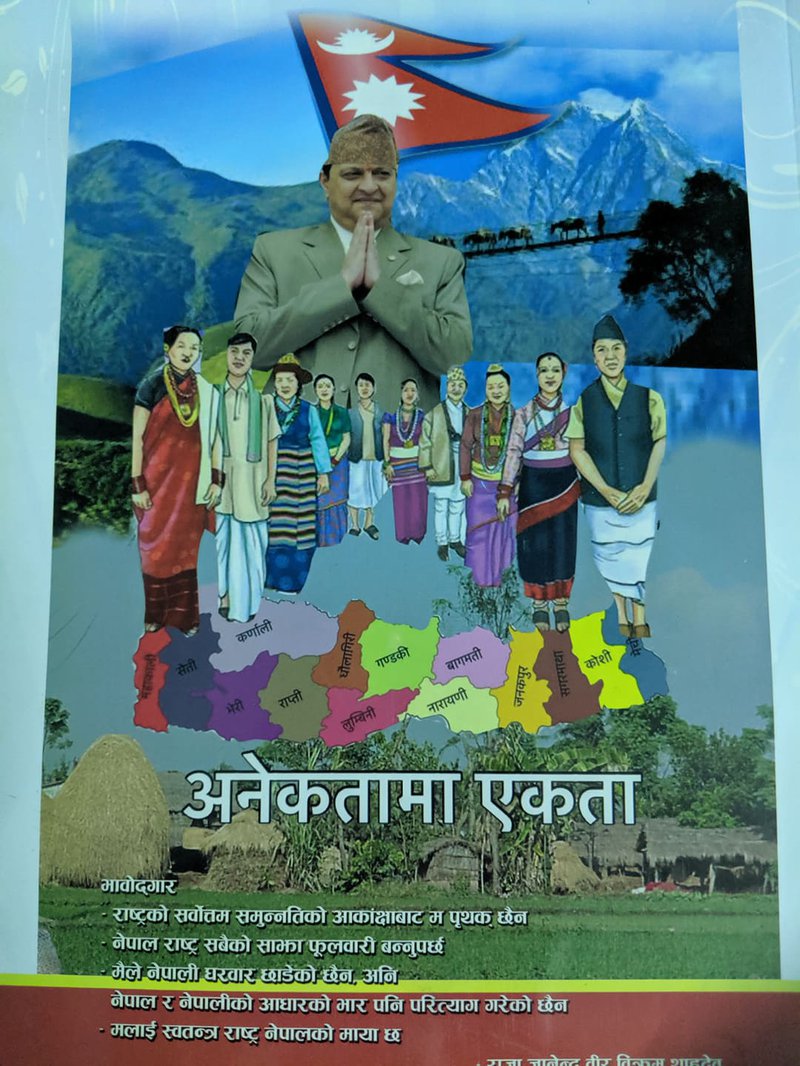 NAC Brought 17 Death Bodies Of Nepalis From Malaysia By Agencies 22 hours, 41 minutes ago