India Does Not Have Hidden Agenda Against Nepal: BJP leader Dr. Cauthaiwala

India Does Not Have Hidden Agenda Against Nepal: BJP leader Dr. Cauthaiwala 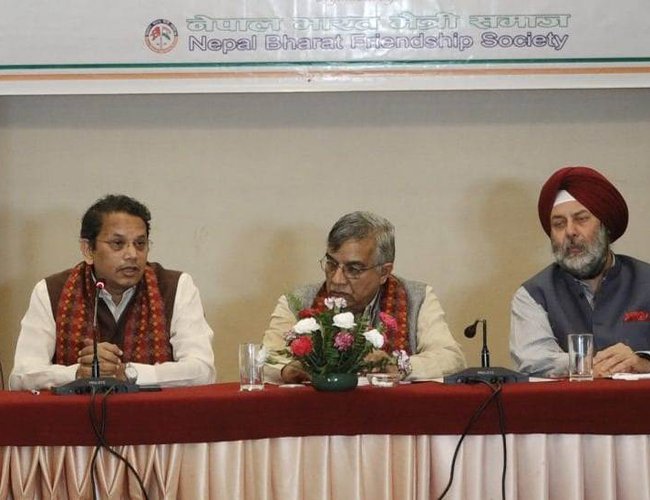 Foreign Department in-charge of ruling Bharatiya Janta Party Dr. Bijaya Chauthaiwala has made it clear that Nepal is a sovereign country and India does not have any hidden design against it.

He said that the political transformation taking place in Nepal in the last five years has been commendable. India does not want to humiliate Nepal but willing to give helping hand.

Arrived two days ago to Nepal, Chauthaiwala said that there is no issue of big or small between Nepal and India but India has a policy to establish relations with Nepal on the basis of equality.

Addressing a program organized by Nepal India Friendship Society, Chauthaiwala said that India is ready to discuss the issue, if any, between Nepal and India. He, however, said that the bone of Nepal India friendship always remain strong.

Chauthaiwala also said that Prime Minister Modi has been giving high importance to relations with neighbors and he has great respect to Nepal. “Although India is a non-aligned country, it will align with different powers in the context of promoting and protecting her interest,” said Chauthaiwala.

He said that India wants good relations with Pakistan with the conditions of certain actions by Pakistan on terrorism and terrorists.

Nepal And India To Discuss The Whole Gamut Of Bilateral Relations By NEW SPOTLIGHT ONLINE 2 days, 19 hours ago