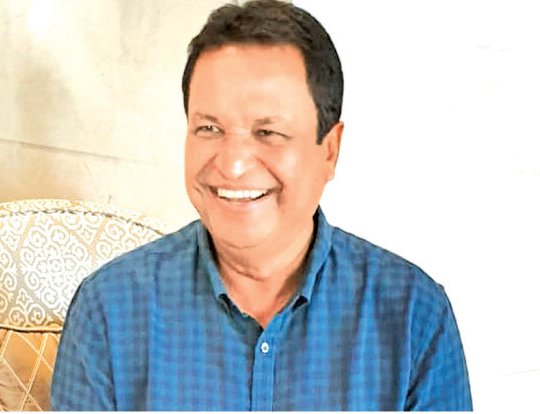 The SAARC movement had virtually done almost nothing to promote business activities in the region during the past 30 years, said Nepal’s only billionaire and Chairman, CG Group Nepal, Binod Chaudhary.

In an interview with the Daily News, he said that a common currency for the region similar to Euro for EU, was been spoken for over 20 years, but never materialized. He expressed similar sentiments towards a common visa for the region.

Chaudhary said that leaving alone the visa or a common currency, the tax system is so rigid from country to country, that when he wants to export merchandise to Pakistan, he had to export them via Dubai. “This is despite having a land route. This alone proves that the SAARC had not been able to look at employing a simplified tax for exports within the region.”

CG FMCG includes production of instant noodles, snacks, fruit juice, water, multiple beer, packaging and more. CG Foods has production parks in Nepal, India and Serbia as well as more in the pipeline in Egypt. “We manufacture 2.2 billion packets of Wai Wai noodles per year and has a 28% share of the noodle market in India. CG Group produces 80 million packets of Rio fruit juice per year and also possesses 10 beer brands (exported to Japan, USA, UK, Hong Kong and Australia as well as servicing the local market) under their portfolio.

SAARC has the third largest population in the world and inter regional trade within the SAARC could be very beneficial to manufactures such as Sri Lanka in the region. “But for the past 30 years, this area had not been addressed.”

He said that they are aggressively investing on the leisure sector in Sri Lanka as well with the Ceylon Hotels Corporation and Galle Face Group of Hotels, Jetwing and Taj Samudra, Colombo. “The Ester Sunday blasts had resulted in a major blow to local Tourism and other sectors, but I am confident that Sri Lanka could rebound faster than expected.”

“It’s now not enough to say, ‘Oh My God this happened no….and wait.’ But Sri Lankan Tourism has to rise quickly, repair damages and come bigger faster and better.”

He said Sri Lanka should also engage in a larger and more focused program to woo more FDI since FDI as a percentage of GDP in Sri Lanka, is only 2% and has the potential to increase it to 5%.

“Athough the country had gone through a lean stretch after the Easter Sunday blasts in April, I have not lost hope in destination Sri Lanka and would keep on investing in existing properties, while look at new opportunities opening out in tourism.” 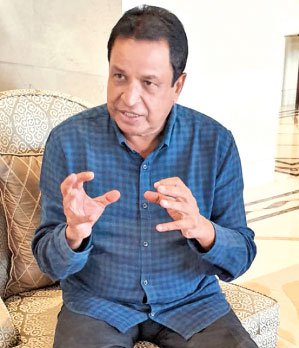 He himself being a Member of Parliament in Nepal, Chaudhary said that political stability too is a key to success of any country. “For the past 26 years, there were 25 governments formed in Nepal, but however, the present government is in office for over two years and things are falling into place. Two new airports are been built, while new power projects have now got on line along with new rail and road networks being built, which points out to a recovery of the economy that was also battered by the huge earth quake in Nepal.”

The April 2015 Nepal earthquake (also known as the Gorkha earthquake), killed nearly 9,000 people and injured nearly 22,000. The Chaudhary Foundation is a social initiative set up by Binod Chaudhary in 1995, played and continues to play a major role in reconstruction efforts after the 2015 earthquake.

CG Corp Global comprises of over 170 companies and 76 brands and employs in excess of 10,000 employees. “We are planning to expand our wellness portfolio in Phuket, Thailand, Europe and Estonia.”

CG Group also plans to invest US$ 150 million to put up a Cement Manufacturing plant in Mannar, with the use of local material to produce cement. “We would also invest in a new cement plant in Africa.”

CG Communications, a company under the Chaudhary Group, have recently signed a partnership with Huawei to bring a 5G ready network to Nepal within the next 3 to 4 years. “CG are already partnered with Turkcell, who provides design and technical services to the project, while Huawei will provide infrastructure facilities.”

“CG would also invest an initial US$ 250 million, while Huawei is expected to provide US$100 million of equipment, while the focus would be on data and mobile payments, but would include free voice services as well.”

NIBL Heritage Conservation Pioneer By A Correspondent 3 weeks, 6 days ago