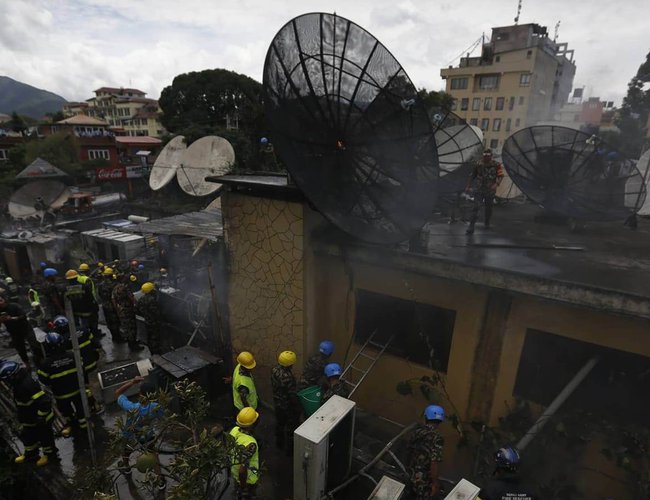 The massive fire destroyed property worth 500 million Nepali rupees at an office building of Subishu, a Baluwatar-based internet service provider.

"There were an estimated 200 staff members inside the building at the time of the incident. All were evacuated from the building so there were no casualties. We suspect the fuel leakage from a barrel of petrol kept in the building to be the reason for the start of the blaze that later engulfed the building,"

According to Shyam Gyawali, Senior Superintendent of Police (SSP) at the Metropolitan Police Office, Ranipokhari an estimated two thousand litres of diesel was stocked inside the barrels that were kept in building premises to operate the generators.