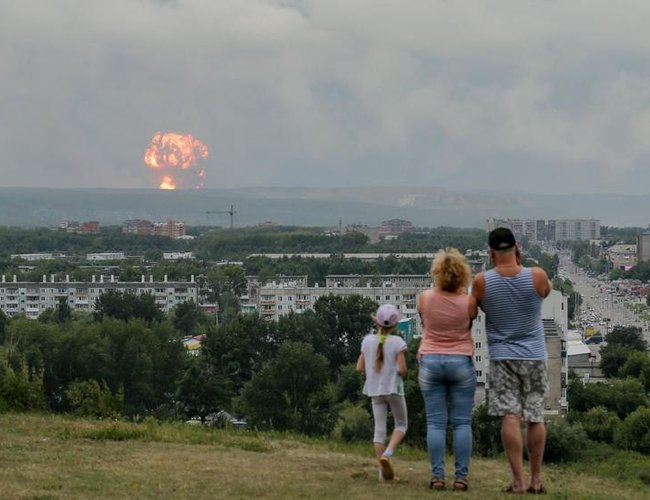 Russia's state nuclear agency Rosatom said early on Saturday (Aug 10) that five of its staff members had been killed in an accident during tests on a military site in northern Russia, the RIA news agency reported.

Rosatom was quoted as saying that a further three of its staff had received injuries of varying degrees of seriousness during the accident, including burns.

They were receiving the necessary medical treatment in specialised facilities, it said.

Russian authorities had previously said that two people had been killed in the incident and that a nearby city had reported a rise in radiation levels when the rocket engine blew up at a testing site in the Archangelsk region on Thursday.

Authorities said they had been forced to shut down part of a bay in the White Sea to shipping as a result.

Local residents have been stocking up iodine used to reduce the effects of radiation exposure after the accident, regional media have reported.

Although the defence ministry initially said that no harmful chemicals were released into the atmosphere and that radiation levels were unchanged, authorities in the nearby city of Severodvinsk reported what they described as a brief spike in radiation.

No official explanation has been given for why such an accident would cause radiation to spike.

The radiation statement put out by the city of Severodvinsk disappeared from the Internet on Friday without explanation.

Those reports say an area near Nyonoksa is used for tests on weapons, including ballistic and cruise missiles that are used by the Russian navy.

Greenpeace has cited data from the Emergencies Ministry that it said showed radiation levels had risen 20 times above the normal level in Severodvinsk around 30km from Nyonoksa.

India Unlikely To Resume Sizable COVID-19 Vaccine Exports Until October
May 19, 2021
UN Chief Calls For Double World's Coronavirus Vaccine Production
May 13, 2021
Increasing Calls For The Government Of PM Narendra Modi To Lock Down
May 10, 2021
China's Sinopharm Offers 'Substantial Support' For COVAX: WHO
May 08, 2021
Nepal Appeals For COVID-19 Vaccines As Cases Rise
May 04, 2021

Israel Says 160 Terrorists Killed In Gaza Since Beginning Of Operation By Agencies 2 hours, 9 minutes ago