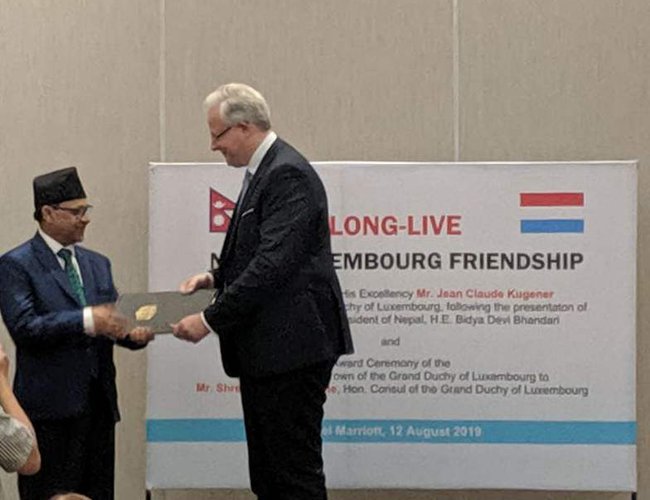 The Luxembourg government has honoured former Chief Commissioner of Nepal Scout Sriram Lamichhane in recognition of his longstanding contributions to the strengthening of Luxembourg-Nepal relations reports National News Agency RSS.

According to RSS, Lamichhane, also the Honorary Consul of Luxemburg for Nepal, was feted with 'The Order of the Oak Crown of the Grand Duchy of Luxembourg', amidst a programme in the federal capital Kathmandu on Monday evening.

Ambassador of Luxembourg to Nepal Jean Claude Kugener handed over the honour with decoration to Lamichhane and also pledged to work to bring the 44-year-old bilateral relations to a new height. 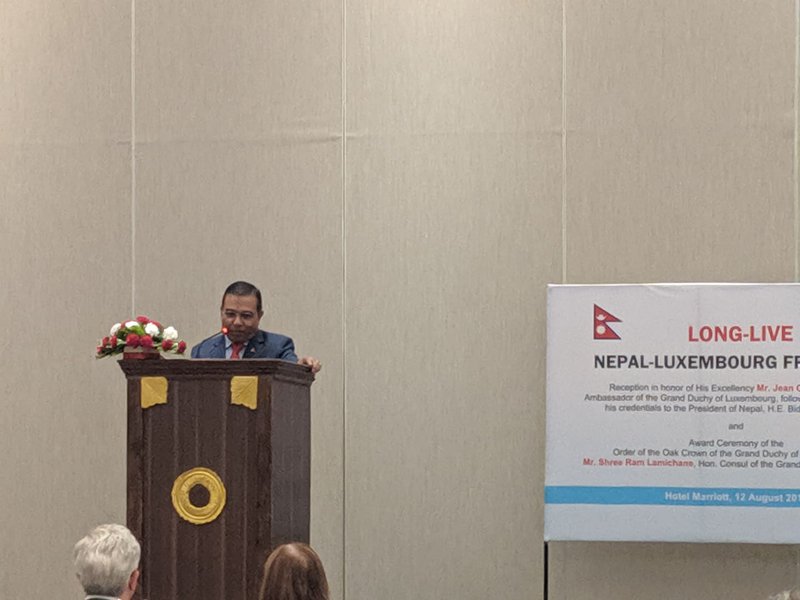 Recalling about Nepal's Minister for Foreign Affairs Pradeep Kumar Gyawali's visit to Luxembourg last year, he also hinted at the possibility of the visit of his country's Foreign Affairs Minister in the near future. 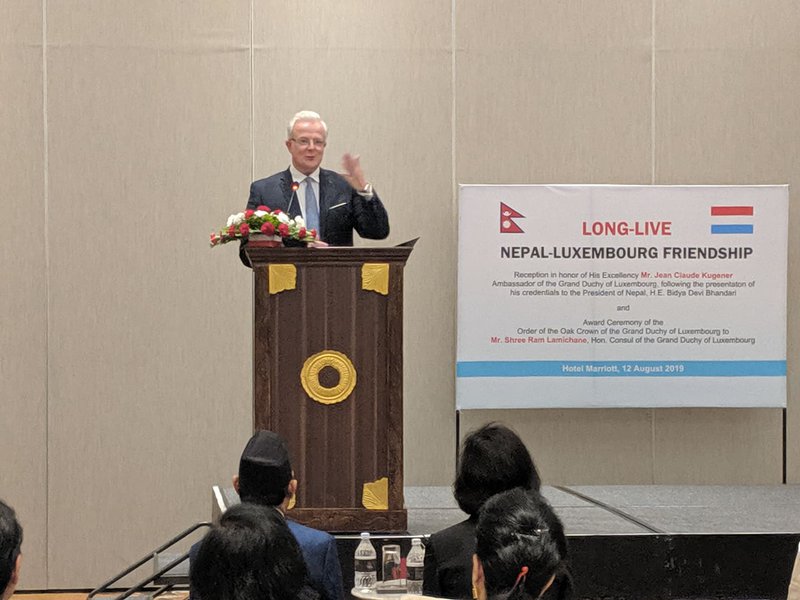