Now Every Indian Can Say Confidently 'One Nation, One Constitution: PM Modi 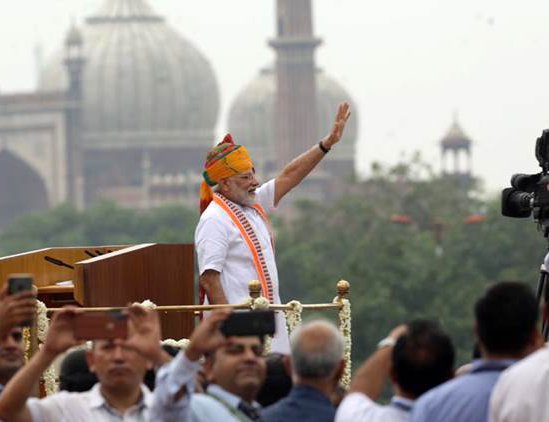 India celebrates its 73rd Independence Day today. Prime Minister Narendra Modi addressed the nation from Red Fort in the morning and spoke about Article 370, Article 35A, criminalising Triple Talaq, welfare schemes for the farmers and the upcoming mission of the government.

"Now every Indian can say confidently 'One Nation, One Constitution'," said PM Modi on the new government successfully removing Article 370.

Few new missions were also announced by the Prime Minister. The government will introduce 'Jaal Jivaan Mission' for the conversation of water in the country. A total of ₹3.5 lakh crore will be allotted for this mission and both the central and state governments will work together for this.

The PM Modi also urged the citizens to bring down the use of plastics. "On October 2, let us pledge to make the country free of single-use plastic.On Diwali let us gift people cloth bags instead plastics. That will be an advertisement for your company as well," Modi on less plastic use. PM Modi also urged the startups to come up with ideas to recycle plastics in the country.

One of the new topic which PM Modi spoke about is the population control in the country. This is the first time this kind of topic has been discussed by the government. Controlling the explosive growth in population—a trend that, left unchecked, could go against the efforts to bring millions of people out of poverty and undo the benefits of higher welfare spending for the poor.

“There is one issue I want to highlight today- population explosion. We have to think- can we do justice to the aspirations of our children? There is a need to have greater discussion and awareness on population explosion," Modi said in his first independence day speech in his second term in office.

Also, underlining the need for better coordination among the three services for meeting security challenges, Modi announced the creation of the post of Chief of Defence Staff – originally envisaged as a single point of reference for the government on national security.