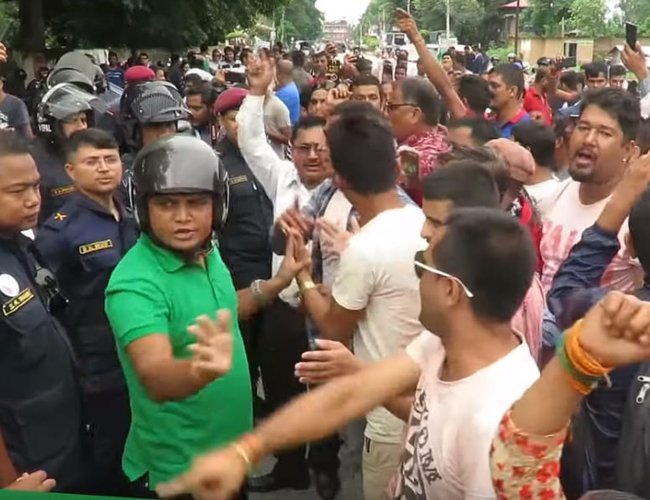 Lamichhane’s supporters gathered at the spot also vandalize the Police Of Chitwan. According to police, police were injured when the group petted police with stone and iron. Police also fired 10 cells of tear gas to disperse the angry supporters. Lamichhane’s supporters had staged a protest outside the District Police Office this morning demanding his immediate release.

Police brought Lamichhane, Kandel and Karki to District Police Office (DPO), Chitwan around 1:00 am on Friday, after which they underwent health check-up at Bharatpur Hospital. 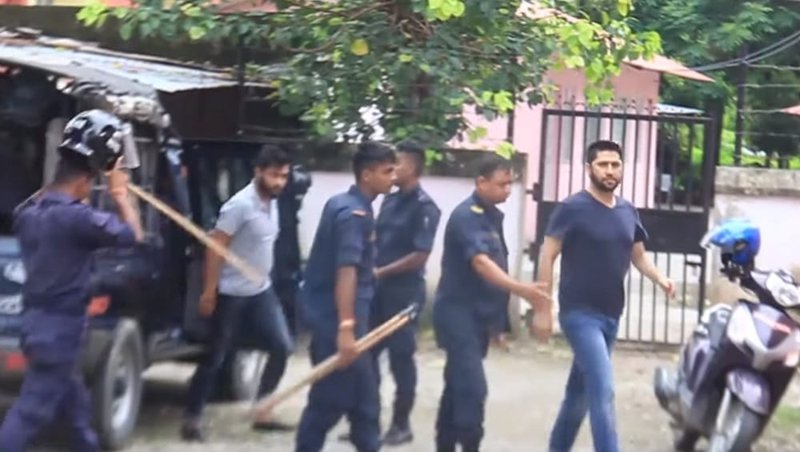 As per the order of Chitwan District Court, television program presenter Rabi Lamichhane along with two others has been remanded in police custody for five days starting Friday.

A single bench of Justice Binod Kumar Sharma took the decision to this effect to carry out further investigation into the case. Police arrested Lamichhane, Yuvaraj Kandel and Asmita Karki in connection to the death of journalist Shalikram Pudasaini, which appeared to be a suicide.

A video footage recorded by Pudasaini on his mobile phone — which was made public by an online news portal — accuses Lamichhane, Kandel and Karki for his death.

Journalist Shalikram Pudasaini, associated with Mountain Television, was found hanging in a local hotel in Chitwan district on August 6. A video footage recorded by Pudasaini on his mobile phone — which was made public by an online news portal — accuses Lamichhane, Kandel and Karki for his death, which appeared to be a suicide.

EU And UNICEF Join To Prevent Malnutrition in Children During COVID-19 Crisis By NEW SPOTLIGHT ONLINE 16 hours, 18 minutes ago