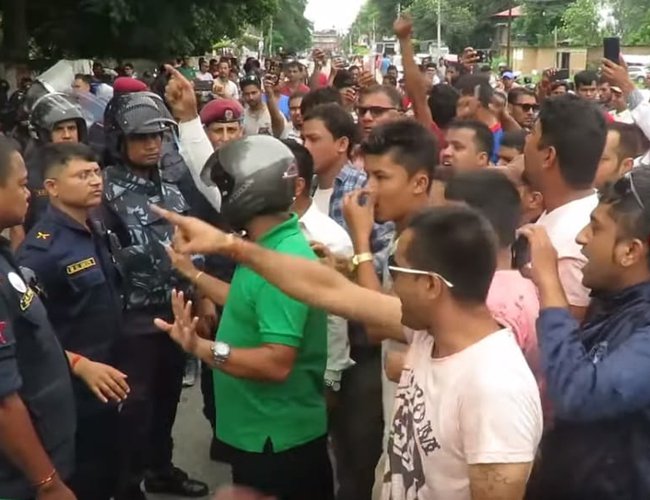 Members of the House of Representatives have demanded free and fair investigation on the suicide of journalist Shalikram Pudasaini and arrest of Television Program Program Presenter Rabi Lamichhane and two other connection of the Pudasaini's suicide.

According to Nepal Police, Rabi and two other were detained for investigation following the release of a video regarding the suicide of Pudasaini. In a video public last week, Pudasaini stated that he was completed to suicide by Rabi Lamichhane.

Following the arrest of Rabi Lamichhane, his supporters have been regularly demonstrating terming the incident as conspiracy to drag Rabi in murder. Taking special time, ruling NCP MP Narayan Khatiwada said that the suicide incident of Shalikram is taking unexpected shape and suggested that the government needs to take the incident seriously.

He said that Rabi Lamichhane was in custody following the suicide committed by journalist Shalikram Pudasani and Rabi's supporters have been organizing demonstration daily. MP Shanta Chaudhary and Hit Bahadur Tamang expressed concerned over the demonstrations saying it will likely to to influence.

Chaudhary said that only after investigation it will reveal who is innocent and who is culprit. " We cannot justify any acts launched to influence investigation." Member Tamang requested the government to take control the demonstrations with illegal slogans.

Japan To Celebrate May 26 As “Hirotaka Takeuchi 14 of 8000m Mountains Summit Day By NEW SPOTLIGHT ONLINE 1 day, 11 hours ago

117 People Of Nepali Origin Die Due To Coronavirus In Various Parts Of The World By NEW SPOTLIGHT ONLINE 2 days, 13 hours ago