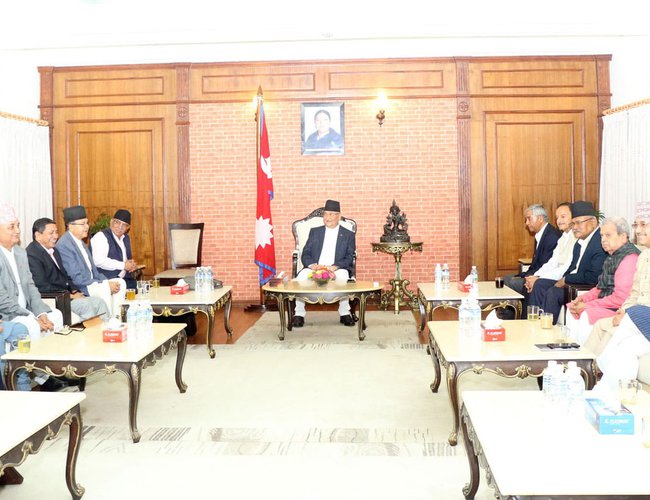 They unanimously agree to work together to strengthen the federal republic through the constitution and foil all possible conspiracy against the current system. They requested the government to take necessary stern action against those conspirator.

Spokesperson of NCP Narayankazi Shrestha said that the consensus is unprecedented arguing that this will help to ease tensions among the major political parties.

During the promulgation of constitution, two Madhesh based party RJP and Sanghiya Samajbadi Party launched nationwide campaign against the constitution calling border blockade.

Prohibitory Order Imposed In Rasuwa For A Week By Agencies 1 hour, 24 minutes ago

Nepal Has Suspended All International Flights By May 31 By NEW SPOTLIGHT ONLINE 12 hours, 39 minutes ago

DAOs Extend Prohibitory Order In Kathmandu Valley Till May 26 By Agencies 18 hours, 45 minutes ago

Kathmandu Valley Will Be Under Prohibitory Order For 15 Days By Agencies 1 day, 15 hours ago