Although they have faced all major hurdles in the past, Nepal Rashtra Bank's recent direction reducing sprea rate will completely destablize financial sector 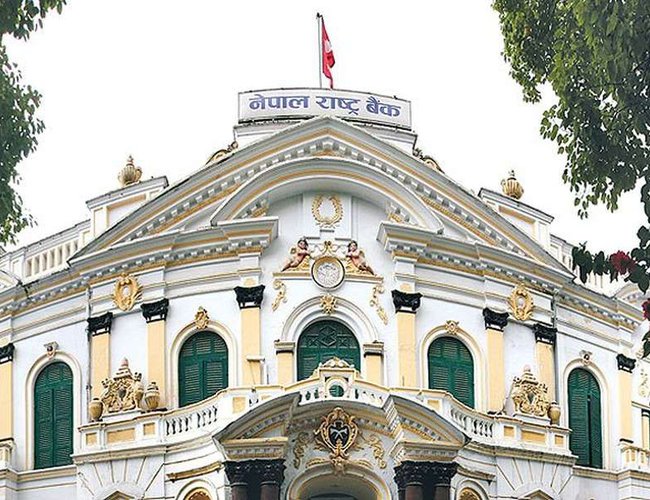 Whether it is in limiting the age of Chief executive or boar directors or board chair or setting new spread rate and other directions, governor of Nepal Rashtra Bank (NRB) Dr. Chiranjibi Nepal (NRB) seems to be aiming at one-point mission: to destablize the banking sector.

Although an interim order of Supreme Court to Nepal Rashtra Bank not to implement the age bar gives a little respite, cutting spread rate and other decisions has already hurt the banking sector and confidence of investors.

To fulfill to qualify Nepal from a Least Developed Countries to a developing economy with annual growth rate of over 8 percent, a strong and stable banking sector is required. However, NRB's recent decisions, announced through the new monetary policy, are going to destablize the banking sector.

With the announcement of the new monetary policy and NRB's directions, many professionals and dedicated bankers, who have spent their entire life in the banking and financial sector, are looking at the unexpected and unbelievable events.

Announced to please a few industrial houses, the cutting of the spread rate has already shaken the share market, hurting small share holders along with the confidence of bankers. This new policy has forced professional bankers to reconsider whether to continue in banking business.

"It is impossible to work in the present situation. I don' t want to lose my hard earning, keeping my share at the bank. I will sell my share and invest in other lucrative sector. One can easily get a 10 per cent return by simply parking money in banks. So, it is no-brainer to risk billions of rupees every year just to generate a return of 11 per cent in Nepal,” said a veteran banker. “If the central bank thinks its new policy is good for the country then it can take over all the banks. I’d happily sell my bank to the government at the cost price and invest the money in other lucrative sectors such as hydropower and real estate.”

He is not alone. Other bankers have similar views. The recent reduction of margin will decrease margin of profits in the investment. "Why should I invest money in banking sector where the profit margin is virtually zero. Had I invested in real estate sector, my investment would have brought a hundred percent profit.," said another banker.

If large numbers of bankers who have professional reputation decide to quit the business selling their share, it will create chaos in the banking and financial sector, which have been stable and strong supporting Nepal to achieve higher growth. 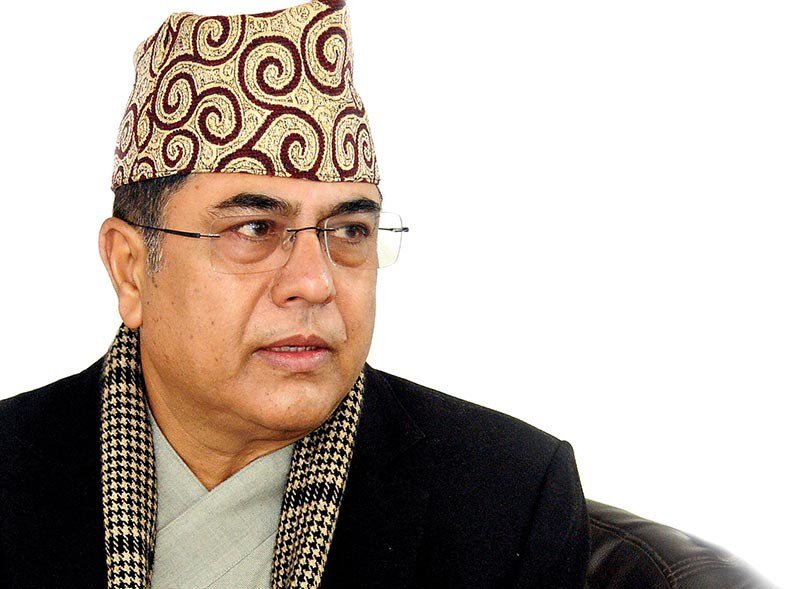 "We have supported central bank following all its guidelines and decisions. We have expanded banking sector in rural and remote parts of Nepal and increased lending in agriculture sector with minimum interest. Banks are working in just a nominal margin of profit."

Although bankers have taken several steps, nothing is happening. Finance minister Dr. Yubaraj Khatiwada remains silent and the present governor Dr. Nepal is pursuing a policy to destroy financial stability.

Nepal Bankers’ Association (NBA), the umbrella organization, representing 28 commercial banks, has already expressed its objection over the central bank’s recent decision to revise the formula to calculate the spread rate that banks are required to maintain.

NBA has requested NRB to review its decision regarding the spread rate citing that implementation of the new spread calculation method will directly squeeze the banks’ profits by almost Rs 30 billion, or 25 per cent of the total profits in the banking sector.

According to NBA, the changes in the calculation of spread rate, which is the rate that banks must maintain between their deposit and lending rates, will directly affect the income tax being paid by the banking sector and also hit the lending capacity of banks.

"Implementation of this provision while determining the spread rate will also bring down the share value of commercial banks that has 75 per cent stake in Nepal’s share market," said NBA.

As the NBA’s new direction would put a dent on banks’ profits, NBA had already called a meeting of CEOs of 28 commercial banks and discussed on the new central bank rule and develop a common agenda.

NBA has also requested NBA to review its decision to raise countercyclical buffer, a macro-prudential instrument used to counter possible cyclical systemic risks among banks, by two per cent.

As per NBA, rise in countercyclical buffer will raise the cash reserve ratio (CRR) among banks to 13 per cent, though they are obliged to maintain the CRR at 11 per cent.

“Ultimately, this will squeeze the lending capacity of banks by Rs 150 billion,” said NBA.

The bankers said that the policies adopted by Nepal Rashtra Bank will also directly affect the government’s economic growth target of 8.5 per cent in the ongoing fiscal year and the credit growth target of 21 per cent.

NBA said that NRB should revisit them without delay to save the banking sector heading to crash.

This revision of the interest rates spread calculation formula is sudden and irrelevant. NBA has said in its strongly-worded statement that the formula will squeeze nearly Rs 30 billion, profit of the banking sector.

“The NRB circular will have a big impact on the overall economy of the country and raises questions on the stability of financial sector, which is the most successful and transparent sector of the country,” read the statement. “Thus, the meeting has decided to request the NRB to review the provisions as soon as possible.”

The NBA estimates that loan disbursements could shrink by nearly Rs 150 billion due to the new counter-cyclical buffer requirement.

As economic sector is likely to be hit by its decision, NRB is in no mood to review its new spread rate calculation decision.

“The spread calculation rule has already been enacted, which means that banks and financial institutions should comply with it. The rule will not be reviewed immediately,” said Laxmi Prapanna Niraula, spokesperson for NRB.

NRB claimed that the decision is intended to bring down the interest rate on loan and targeted at compelling banks to go for merger.

Similarly, the merged bank will also get up to mid-July 2021 to maintain the spread rate at 4.4 per cent. 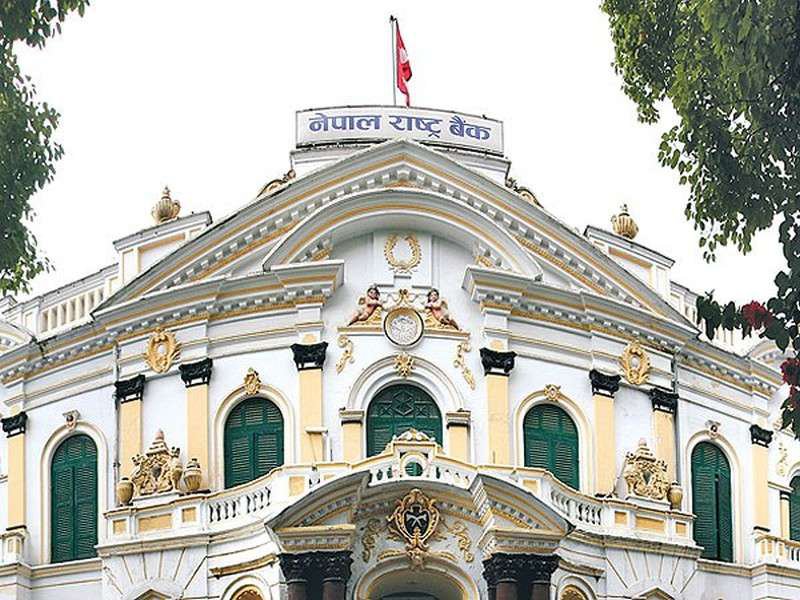 Nepal Rastra Bank has set an age bar for board of directors and chief executive officers of banks and financial institutions (BFIS).

Issuing a circular recently, NRB has barred BFIs from appointing or reappointing CEOs who are above 65 years of age. Similarly, NRB has also set an age limit of 70 years for board of directors at BFIs.

If Bank returns shrink, wariness of share investors will heighten and it will create turbulence in the stock market

A new central bank provision has fuelled concerns about sustainability of the banking business, as it is expected to wipe at least Rs 15 billion off the net profit of commercial banks and shrink returns to a record low of around 11 per cent.

Before the formula was revised, interest spread was calculated by deducting deposit rate from the sum of lending rate and interest earned from government securities. Based on this formula, average interest spread of 28 commercial banks stood at an estimated 4.3 per cent in mid-July, which was below the regulatory requirement of 4.5 per cent.

Now banks cannot factor in yields generated from investment made in government securities, such as bonds and treasury bills, when calculating interest spread. When this policy change was made, NRB also directed banks to reduce interest spread to 4.4 per cent by mid-July 2020.

This means if banks have collected deposit at an average of 10 per cent, then average lending rate should not exceed 14.4 per cent by mid-July. Earlier, banks could offer loans at slightly higher rates and still meet the regulatory requirement on interest spread because they had the option of factoring in interest earned from government securities.

Banks have called the new policy ‘unfair’ as around 20 per cent of the deposit they collect is used to purchase government securities. Banks must invest in government securities because of regulatory requirement on statutory liquidity ratio and the central bank provision that bars financial institutions from lending more than Rs 80 of every Rs 100 they collect as deposit.

If the cushion provided by inclusion of returns generated by government securities when calculating interest spread is removed, the net profit of banks will plunge by around 25 per cent and return on equity will squeeze to around 11 per cent, the Nepal Bankers’ Association stated. 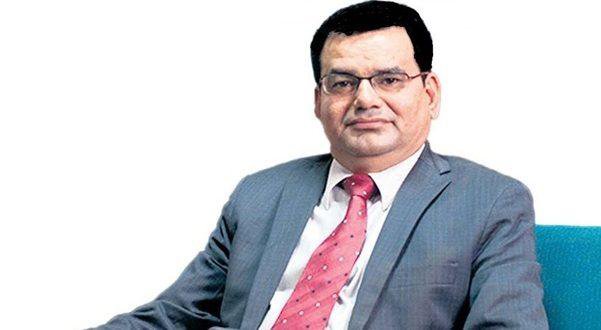 “This shows the extent of losses we will have to incur,” said NBA President and Nepal Bangladesh Bank CEO Gyanendra Prasad Dhungana, adding, “The central bank should not have become so harsh on us especially at a time when our overhead costs are jumping because of the need to step up IT compliance and the government’s request to set up branches in all 753 local bodies. If our returns shrink, wariness of share investors will heighten because financial sector contributes to over 70 per cent of the share market. This will create turbulence in the stock market.”

The returns of commercial banks have shrunk from around 18 per cent just four years ago to around 14.5 per cent in fiscal 2017-18. The returns have dropped because of hike in paid-up capital from Rs 2 billion to Rs 8 billion.

NEPAL ELECTRICTY Reliability And Quality By A Correspondent 4 days, 8 hours ago