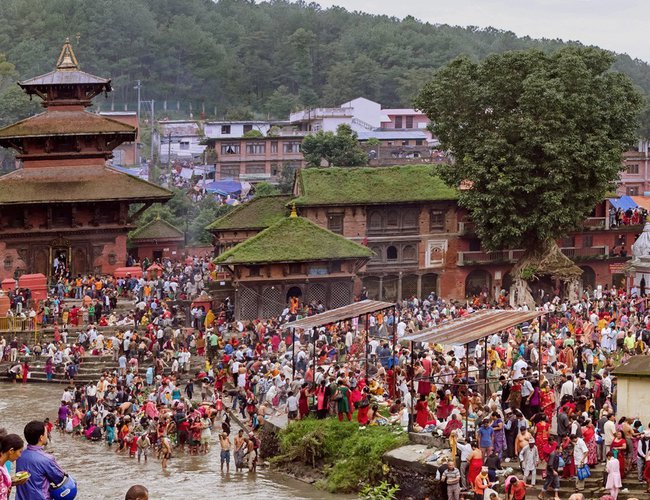 Hindu is celebrating Kushe Aunshi today by bringing kush, a holy grass, into their houses. There is a religious belief that keeping kush cut by the priests brings well-being to family members.

Today is also Father’s Day which is also known as Kushe Ausi or Pitri Tirpani Aausi or Gokarne Ausi. This day Nepali people pay their homage to their father with their favorite food, clothing and other dad’s favorite stuff. 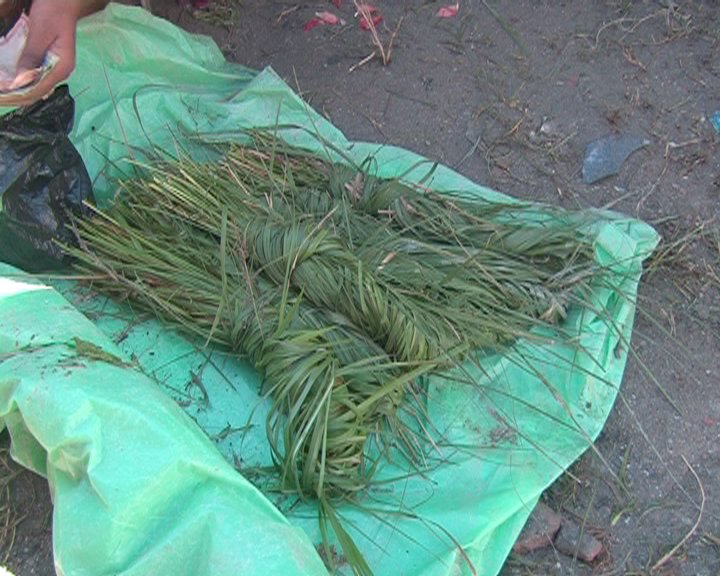 This is a special day, people recognize and pay respect to their father for his care and love to us (his children and family) during his life. Hence, this day is called "Babu ko Mukh herne din” . The literal meaning of Mukh Herne is to see someone's face.

Kush is a type of holy grass. There is a tradition to bring Kush home on this day of Aushi (no moon day). Hence, this day is called Kushe Aushi. The importance of Kush is explained in Shreemad Bhagwat Gita, Vishnu Puran, Arthaved, and Garud Puran.

Kush brought home on Kushe Aushi day is used all the year long. Kush is very important grass and used in all the Hindu rituals and Poojas in Nepal.

Today is also known as Gokarna Aunshi, people offer delicacies to their fathers and receive blessings from them. Those whose father is dead go to temples and perform shraddha. Devotees throng Gokarna of Kathmandu, Betrawati of Rasuwa, and Bishnupaduka of Dharan during the festival.

Similarly, the 150th birth anniversary of Nepali litterateur Motiram Bhatta is being celebrated across the nation by organizing different programs tomorrow. Bhatta had made a remarkable contribution to Nepali literature.

This is a special day set apart for the veneration of one's father. On this auspicious day, sons as well as daughters go home to meet and spend quality time with their fathers. Home-cooked delicacies, sweets, meat and other gifts are offered to all fathers.

On the streets are seen married daughters with goodies making their way to their maternal home to meet, no matter how busy their schedule is. Many people celebrate this festival by offering prayers to the Shiva shrine at Gokarna Temple. People also visit the temple at Gokarna or other holy places to perform "shradh" in memory of their deceased fathers.

In Father's day, he who has already lost his father remember him giving Sida daan to pandit (Sida is holy mixture of rice grains and other pure food materials with clothes).

Some men in Kathmandu go to Gokarna (a place east in Kathmandu) to do the Sraddha or pinda daan to their deceased father and some do Shradha at home or at the near river or at any holy place nearby.

According to legend, once Shiva and Parbati disappeared from Himalaya parbat. All the gods were very surprised and started searching them all across the universe. Brahma and other gods, caught Lord Shiva and his wife Parvati in Deer's lives hiding in Sleshmantak forest in Pashupatinath.

The "Buck" Shiva was caught by Brahma by his horns. Horns of Shiva came out in Brahma's hand. Then Lord Shiva asked Brahma and Bishnu to establish those horns as Shiva linga in somewhere in Nepal as they think fit. Brahma placed it in Gorkarna. Since then, It is believed that worshiping Shiva in Gokarneshwor Mahadev and doing pinda daan (homage to dead people) is equivalent of visiting Gaya 10 times (Gaya is another Hindu holy place).