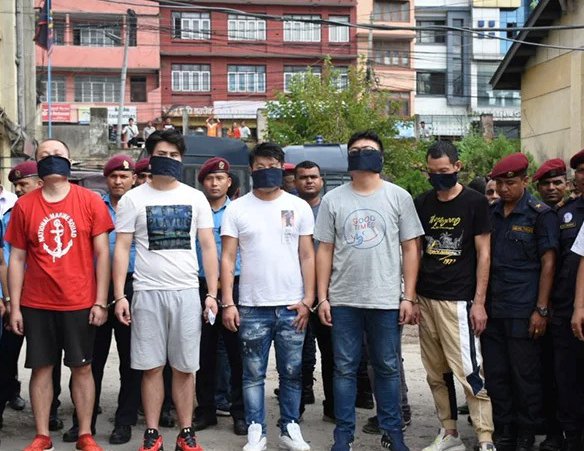 Nepal Rashtra Bank urged customers that there need not to be panicked due to hacking of some ATM machines in Kathmandu by four Chinese hackers. After finding withdrawal unusual amount of money from ATMs in Kathmandu, Nepal Rastra Bank alerted the police and banks

According to police, Metropolitan Police Range, Kathmandu arrested Zhu Liangang red-handed while withdrawing money from Nabil Bank’s ATM at Durbarmarg yesterday, according to police acting on a tip-off a police team deployed from the various places.

Police Has Made Public Bhagrathi Murder Case Accused By Agencies 1 week, 1 day ago

Bhagirrathi Was raped Before Murder By Agencies 2 weeks, 4 days ago

French Paedophile Arrested By Police In Nepal By Agencies 2 months, 3 weeks ago

Rape Cases Increases In Nepal, 77 Percent Of Victims Are Minor By Agencies 3 months, 3 weeks ago