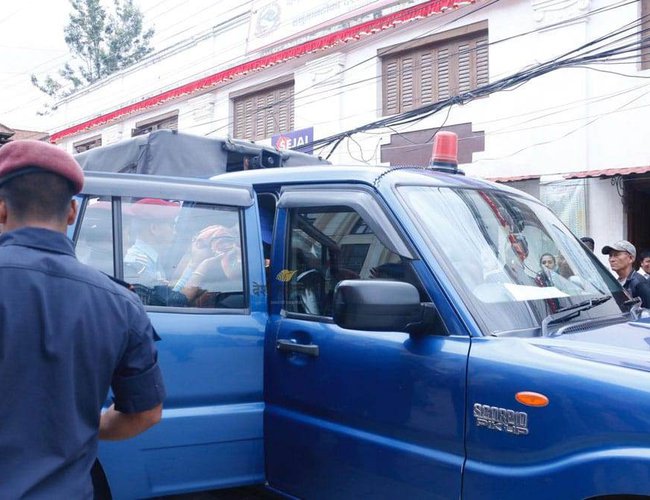 Nepal Police has detained fifty common people speculating the possibility that they will hold the black flag during the visit of president Vidhya Devi Bhandary's visit to Bashantapur.

Those arrested persons include former colonel of of Nepal Army and DIG of Police. According to Kathmandu Area Police, all those detainees were sent to Nepal Police Club. Anti-corruption group has organized a protest program in Bhugoal Park before the proposed arrival of president Bhandary.

Nepal police said that they were arrested under precautionary measures to prevent the possibility of protest. According to Deshsanchar, anti-Guthi protesters were reportedly planning to protest on the government's apathy towards the new bill during president's visit.

NAC Brought 17 Death Bodies Of Nepalis From Malaysia By Agencies 2 days, 12 hours ago