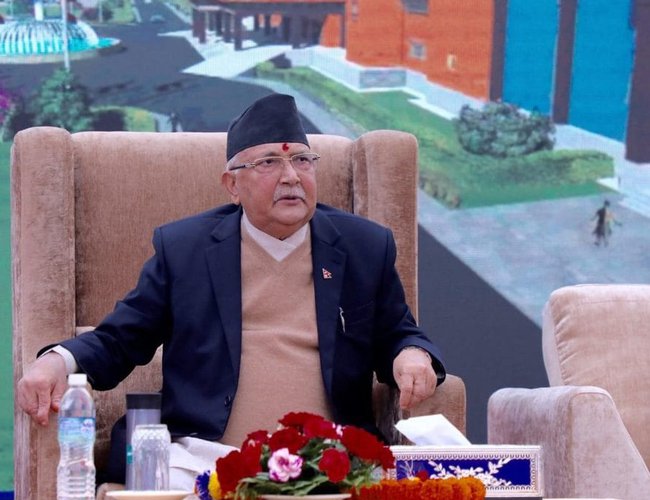 Prime Minister K.P. Sharma Oli said that the government needs to improve its performance to deliver quickly and accelerate development activities as per the desired of the people.

Addressing the ground breaking ceremony of the construction of Parliament building, Prime Minister Oli has admitted the criticism against government in failing to carryout development activities effectively.

He also said that various forces have been working against the democratic system using various means. Prime Minister has warned that the government will take actions against such elements who go against current political dispensation.

338 Households Displaced In Fungling Due To Fire By Agencies 4 hours, 42 minutes ago

Chanda Led Maoist And The Government To Hold Talks By NEW SPOTLIGHT ONLINE 15 hours, 8 minutes ago

Nepal Is Committed To End All Kinds Of Discrimination: Foreign Minister Gyawali By Agencies 6 days, 14 hours ago