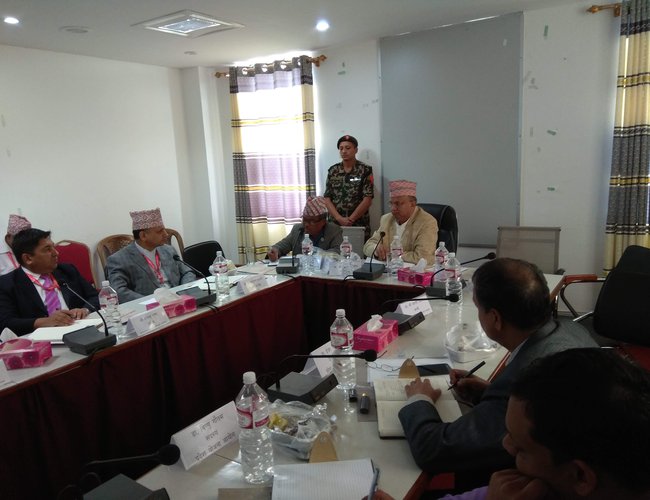 “Our study has shown that there requires more than Rs.50 billion to relocate the polls from road expansion sites throughout the country. However, the government has allocated Rs.200-250 billion,” said Ghising. “Relocating polls is itself a complicated and difficult process. Shortage of budget is affecting the work.”

“NEA cannot create an obstruction for the relocation of the poll. Concerned authorities need to relocate them. We are ready to provide all technical support to ensure quality work,” said Ghising. He said that the government has allocated Rs.240 million budget in this fiscal year compared to Rs.210 million in last fiscal year.

He also said that there need to have better coordination among the government agencies in such issue. Minister Pokharel also directed NEA to provide technical inspection during the relocation of polls. According to minister, 1059 polls need to relocate in 9 districts of Province 5.

Minister Pokharel has stressed the need to make a single network in the district for distribution and directed to hand over distribution to Provincial Government. He said that the provincial government has already started to invest in electrification of province saying provinces need profit from its investment made from State treasury. He said that the government has decided whether province will share the benefit or not.

MD Ghising said that NEA’s board has already taken the decision to constitute an autonomous Distribution institution in each province and discussion is going on to convert provincial investment as share. 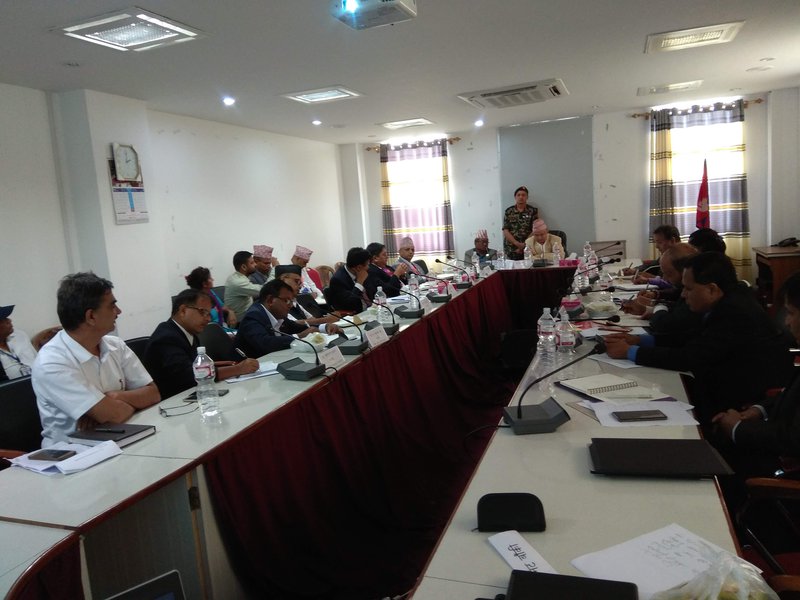 Joint secretary of Ministry of Energy and Irrigation of province 5 Prabin Raj Aryal and Executive Director of Alternative Energy Promotion Center Madhushudan Adhikari presented the paper. Province 5 has already announced a program to declare all 12 districts as a hundred percent electrification by 2022. Currently, 81 percent of the population has access to electricity in the province.

NEA is announcing 8 districts of Province 5 total electrification district. The provincial government has allocated Rs.350 million in the energy sector. Six hydro-power projects are generating 36.45 MW in this fiscal year and six projects with a capacity of 64 MW is currently under construction.