Earthquake With A 5.6 Magnitude Rocks Albania

Earthquake With A 5.6 Magnitude Rocks Albania 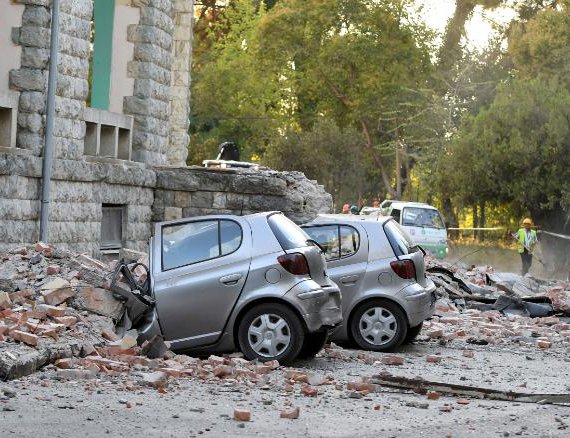 At least 68 people were taken to hospital after a 5.6 magnitude earthquake struck 19 miles (30 kilometers) west of Tirana on Saturday.

According to International news agencies, the earthquake struck along Albania's central coast near the port city of Durrës, according to the United States Geological Survey, about 35 kilometers west of the capital Tirana.

A trauma hospital in Tirana reported 37 injuries, according to public broadcaster Albanian Radio and TV.