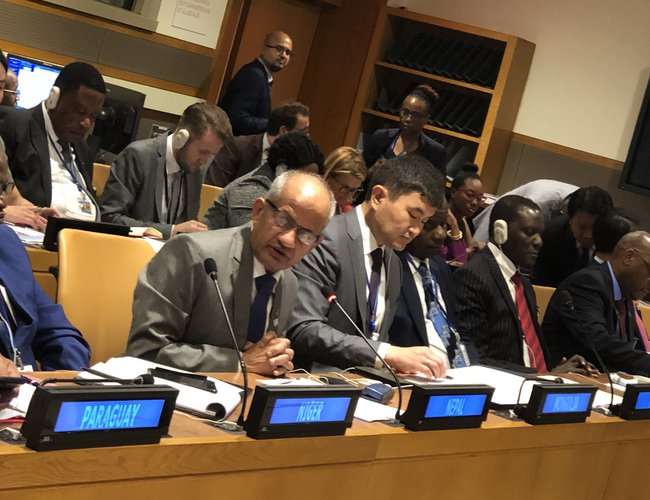 While many leaders continued their address to the General Debate in its second day, Nepali delegation to the 74th session of the UNGA took part in a series of high-level meetings on the sidelines.

According to press release issued by Permanent Mission of Nepal to the UN, New York, As part of making diplomatic relations as wider as possible, Nepal and Ghana established formal diplomatic relations Pradeep Kumar Gyawali, Minister for Foreign Affairs of Nepal and Shirley Ayorkor Botchwey, Foreign Minister of Ghana signed a Joint Communiqué to that effect.

With this development, the number of countries Nepal has established diplomatic relations has now reached 168. The two ministers also held a bilateral meeting prior to the signing of the Communiqué. They also shared the confidence that the diplomatic ties will help bring the two countries and peoples closer on the bilateral front, while continuing their collaboration at multilateral forums.

The Foreign Minister addressed the annual Ministerial Meeting of the Landlocked Developing Countries (LLDCs), where he stated that the infrastructure gap in LLDCs compared to other countries is the highest. In this regard, the Minister highlighted the need of building connectivity, including through durable and effective partnership between and among LLDCs and their transit and development partners. The Meeting was attended by foreign ministers and other high-level representatives of LLDCs and transit as well as development partners and UN system entities.

In his meeting with Khalid bin Ahmed Al Khalifa, Minister of Foreign Affairs of Bahrain, the two sides discussed various matters of common concerns, from labour relations to promotion of trade, tourism and investment. The two ministers agreed to expediting pending agreements and further work closely for more cooperation and collaboration, including through exchanging high-level visits.

Similarly, further strengthening bilateral relations through more cooperation and collaboration emerged prominently in the talks between the Minister and Dr. Ibrahim bin Abdulaziz Al-Assaf, Minister of Foreign Affairs of Saudi Arabia. The two ministers also agreed to expedite finalizing agreements that are currently in the pipeline. 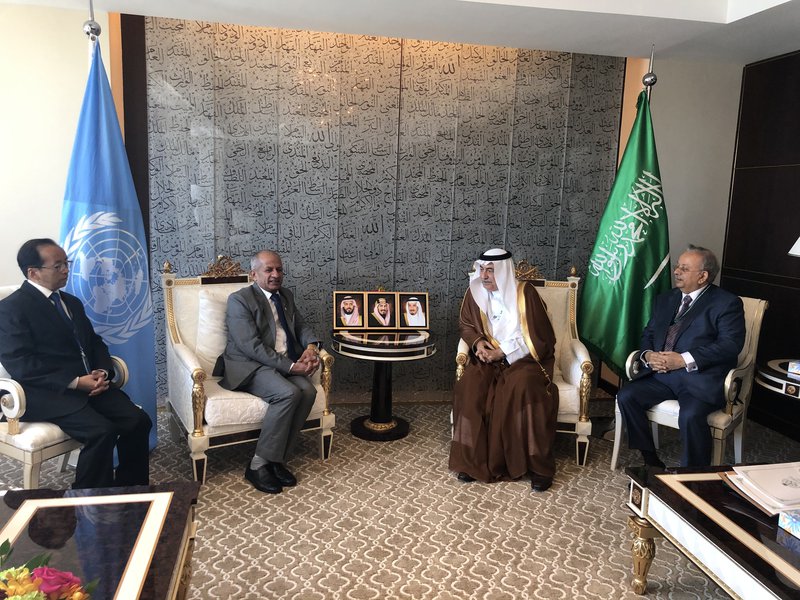 The meeting with the Norwegian Minister for International Development Dag Inge Ulstein focused on areas of cooperation, including in investment as well as collaboration at multilateral forums such as the United Nations. They also shared their views on various international issues, particularly climate change.

Later in the evening today, Minister participated in a ‘High-level Dialogue on Peace Operations: Enhancing Partnerships between the UN and International, Regional and Sub-Regional Organizations’ organized by International Peace Institute (IPI) and expressed Nepal’s commitment to continued participation at UN peace operations with a view to further contributing towards global peace and stability.