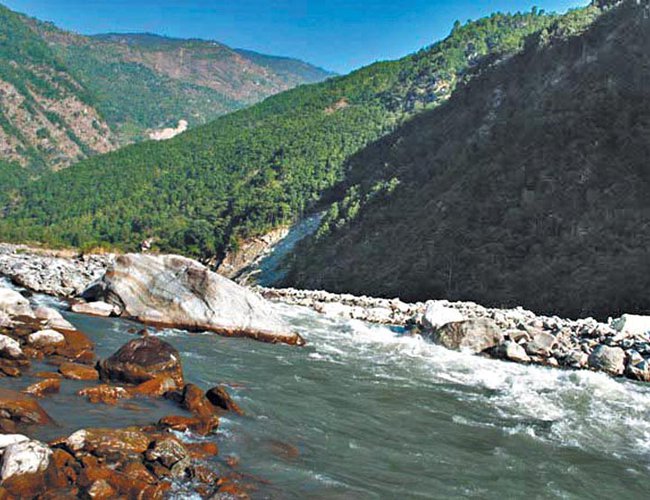 After almost decade of lingering and apathy of the government institutions, project promoter and nine international lending agencies including International Finance Corporation has signing the financial closer for the 216-megawatt Upper Trirshuli 1 project in Rasuwa district.

Developed by Nepal Water and Energy Development Company with the investment of South Korea, the project is the largest FDI in Nepal's hydropower sector.

Finance Minister Dr. Yubaraj Khatiwada and Minister of Energy, Water resources and Irrigation Barshaman Pun will attend the financial closure program. The signing of the agreement will also boost other foreign investor.

The company will develop the project as per the build, own, operate, transfer model.

“The ratio of investment by international lenders will be finalized and made public tomorrow,” informed Giri Raj Adhikari, general manager of NWEDC.

The company will ink financial closure agreement worth Rs 51 billion ($450.3 million) with lenders tomorrow. The project construction is slated to begin in 2020 April.

As per NWEDC’s agreement with Nepal Electricity Authority, the project should be connected to the national grid by 31 March 2024.

NEA has inked a dollar-denominated power purchase agreement with the company. This means the power utility will make payment in dollars for electricity generated by the project for the first 10 years or till the payback period of foreign loan from the commercial operation date, whichever comes first. NEA has offered tariff per unit at Rs 8.40 during dry season and Rs 4.80 during wet season.

Total energy generation capacity of the project is 1,533 gigawatt hours per year and the developer will supply 39 per cent or 106 MW of the total energy during dry season.

The government will provide cent per cent corporate tax waiver for the initial 10 years and 50 per cent waiver for subsequent five years.