Nine US Citizens, Including Children, Killed In Ambush In Mexico

Nine US Citizens, Including Children, Killed In Ambush In Mexico 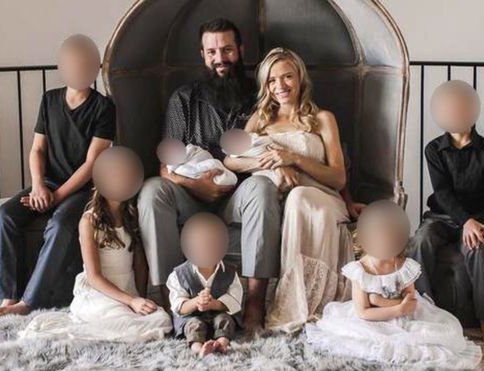 Nine US citizens, three women and six children, have been killed in an attack by suspected drug cartel gunmen in northern Mexico.

The victims are members of the LeBaron family, linked to a breakaway Mormon community that settled in Mexico several decades ago. The victims were travelling in a convoy of vehicles.

The security minister said the group could have been targeted accidentally as a result of mistaken identity.

Sonora state in northern Mexico is being fought over by two rival gangs, La Línea, which has links to the larger Juárez cartel, and "Los Chapos", which is part of the Sinaloa cartel.

In a tweet President Donald Trump described the victims as a group of "wonderful family and friends" who "got caught between two vicious drug cartels, who were shooting at each other".

Elections Is Just A Month Away: Alliance Is Making Is Making By Agencies 2 days, 6 hours ago

US Carries out Airstrikes In Syria By Agencies 2 days, 6 hours ago

A Massive Funeral Held For Woman Shot During Myanmar Protest By Agencies 6 days, 8 hours ago