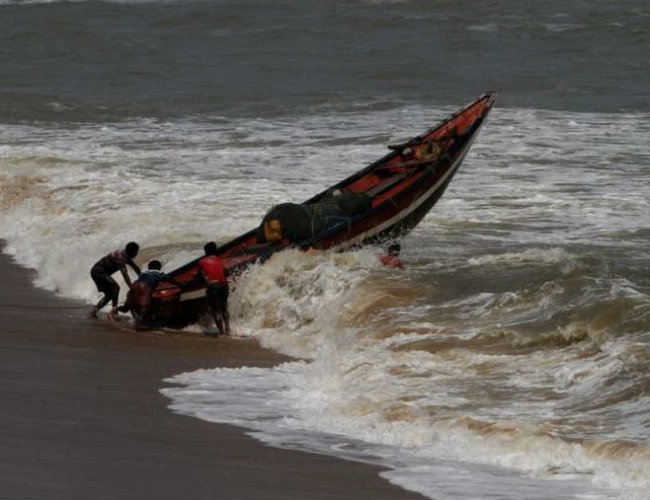 Weather models are indicating towards the northwards movement, skirting the East Coast near Odisha and West Bengal. The likely storm Bulbul is most likely to make landfall somewhere between Chandbali, Odisha and Sagar Island, West Bengal, in close proximity to Bangladesh coast around November 10.

While we can expect light rains along coastal parts of Andhra Pradesh and South Odisha today, but by November 7, winds and rains both would pick up. November 8, moderate to heavy rains with squally winds of 70-80 kmph gusting up to 90 kmph would lash parts coastal parts of North Odisha and West Bengal.

Rain would peak on November 9 and 10, wherein heavy to very heavy rains would batter coastal parts of Odisha and West Bengal on November 9. Being a slow moving system, rains would also persist on November 10 as well. Also, wind speed would also increase significantly and would be of damage potential to the tune of 80-90 kmph gusting up to 100 kmph.

Chandbali, Puri, Gopalpur, Balasore, Diamond Harbour, Digha and Canning would have the maximum bearing including some extremely heavy rains. In fact, areas little away from the coast like Baripada, Midnapore, Kolkata, Bhubaneswar might also see heavy rains.

As predicted, likely Cyclone Bulbul is all set to make an appearance in Bay of Bengal in the next 24 hours. At present, the weather system is seen as a depression over East-central and adjoining Southeast Bay of Bengal and North Andaman Sea.

Cyclone Maha Is Landing In Gujarat

Cyclone Maha has weakened into a Depression and is lying over south of Gujarat. We expect now rain and thundershower activities over many parts of Gujarat but the intensity over the southern districts such as Porbandar, Veraval, Somnath, Amreli, Surat, Valsad and Bhavnagar will be moderate in nature with one or two heavy spells.

The rest of Gujarat will witness light scattered rains. Scattered rains can also be seen over south and southeast Rajasthan, West Madhya Pradesh and parts of Maharashtra. Mumbai, Nashik and Pune may also receive patchy rains.

A Western Disturbance is over Jammu and Kashmir. Its induced Cyclonic Circulation is over Central Pakistan and adjoining areas. This will result in isolated rain activities over western parts of Nepal.

Jammu and Kashmir and scattered spells will be seen over Himachal Pradesh and Uttarakhand. Punjab, Haryana, and North Rajasthan may also witness scattered rain and thundershowers. While isolated rain activity is likely over Delhi and NCR.