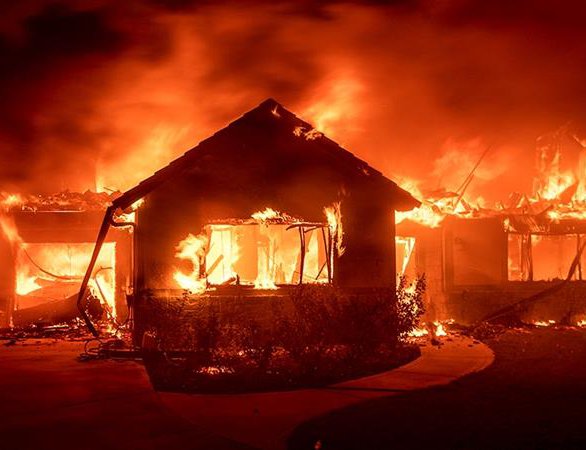 Exactly 40 years ago, a small group of scientists met at the world’s first climate conference in Geneva. They raised the alarm about unnerving climate trends.. Today, more than 11,000 scientists have co-signed a letter in the journal BioScience, calling for urgently necessary action on climate.

This is the largest number of scientists to explicitly support a publication calling for climate action. They come from many different fields, reflecting the harm our changing climate is doing to every part of the natural world.

If you’re thinking not much has changed in the past 40 years, you might be right. Globally, greenhouse gas emissions are still rising, with increasingly damaging effects.

Much of the focus to date has been on tracking global surface temperatures. This makes sense, as goals like “prevent 2℃ of warming” create a relatively simple and easy-to-communicate message.

However, there’s more to climate change than global temperature.

In our paper, we track a broader set of indicators to convey the effects of human activities on greenhouse gas emissions, and the consequent impacts on climate, our environment, and society.

Troubling signs over the past 40 years

The concurrent trends on the actual impacts of climate change are equally troubling. Sea ice is rapidly disappearing, and ocean heat, ocean acidity, sea level, and extreme weather events are all trending upwards.

These trends need to be closely monitored to assess how we are responding to the climate emergency. Any one of them could hit a point of no return, creating a catastrophic feedback loop that could make more regions of Earth uninhabitable.

The need for better reporting

We urge national governments to report on how their own results are trending. Our indicators will allow policymakers and the public to better understand the magnitude of this crisis, track progress, and realign priorities to alleviate climate change.

Some of the indicators could even be presented monthly to the public during news broadcasts, as they are arguably more important than the trends in the stock exchange.

It’s not too late to act

In our paper we suggest six critical and interrelated steps that governments, and the rest of humanity, can take to lessen the worst effects of climate change: prioritise energy efficiency, and replace fossil fuels with low-carbon renewable energy sources, reduce emissions of short-lived pollutants like methane and soot, protect and restore the Earth’s ecosystems by curbing land clearing, reduce our meat consumption, move away from unsustainable ideas of ever-increasing economic and resource consumption, and stabilise and ideally, gradually reduce human populations while improving human well-being.

We recognise that many of these recommendations are not new. But mitigating and adapting to climate change will entail major transformations across all six areas.

How can you help?

We are encouraged by a recent global surge of concern. Some governments are declaring climate emergencies. Grassroots citizen movements are demanding change.

As scientists, we urge widespread use of our indicators to track how changes across the six areas above will start to change our ecosystem trajectories.

More than 11,000 scientists have "clearly and unequivocally" declared a climate emergency that could bring "untold suffering" unless there are significant transformations in the way humans live.

"Scientists have a moral obligation to clearly warn humanity of any great existential threat," the signatories, who hail from 153 countries, said in a paper published in Bio-Science magazine on Tuesday.

"To secure a sustainable future, we must change how we live ... [This] entails major transformations in the ways our global society functions and interacts with natural ecosystems."

The signatories suggest six steps that would lessen the worst effects of climate change: replacing fossil fuels with low-carbon renewables; reducing the emissions of pollutants such as methane; protecting the Earth's ecosystems; eating mostly plant-based foods and fewer animal products; creating a carbon-free economy and stabilising the human population.

In their statement, the alliance of scientists, led by William Ripple and Christopher Wolf of Oregon State University in the United States, said the climate crisis is "accelerating faster" than most researchers expected.

"Despite 40 years of global climate negotiations, with few exceptions, we have generally conducted business as usual and have largely failed to address this predicament," they wrote.

"Especially worrisome are potential irreversible climate tipping points and nature's reinforcing feedbacks (atmospheric, marine, and terrestrial) that could lead to a catastrophic 'hothouse Earth', well beyond the control of humans," they said.

The scientists say they are "encouraged by a recent surge of concern" over the climate crisis, demonstrated by the student-led Fridays for Future movement and other grassroots campaigns.

"As the Alliance of World Scientists, we stand ready to assist decision-makers in a just transition to a sustainable and equitable future," the paper concludes, adding that humanity should "act to sustain life on planet Earth, our only home".

Thomas Newsome, one of the authors of the report, said that even though some of the effects of climate change are already evident, the scientists still believe there is time to reduce greenhouse gase emissions "and hopefully change the trajectory of the graphical indicators that we presented in the paper".

"It's also going to influence policy makers, business communities and governments to really start taking the much bigger steps that are needed at a global scale to tackle this problem of climate change.

"All of the indicators in our paper are heading in the wrong direction and we are clear in advocating for global action against - what we are calling - a climate emergency."

The letter's publication comes one day after US President Donald Trump begun the process to quit Washington's participation in the landmark Paris climate accord, which seeks to fight climate change by mutual reductions in climate emissions.

Washington presented its withdrawal letter to the United Nations on Monday, the first possible date under the accord negotiated by Trump's predecessor Barack Obama, making the world's largest economy the sole outlier from the agreement.

But Chinese President Xi Jinping and his French counterpart, Emmanuel Macron, declared on Wednesday that the Paris climate pact is "irreversible".

Key powers expressed regret and concern after Trump went ahead with the pullout despite mounting evidence of the reality and effect of climate change.

In a joint statement released after Xi and Macron held talks in Beijing, the two leaders reaffirmed "their firm support for the Paris accord which they consider as an irreversible process and a compass for strong action on climate".

Without directly naming the US, Macron said he "deplores the choices made by others" as he sat next to Xi following the talks.

Sources: Aljazeera and other agencies

Weather Analysis And Forecast For March 2 Across Nepal By NEW SPOTLIGHT ONLINE 1 day, 2 hours ago

Weather Forecast For March 1 Across Nepal By NEW SPOTLIGHT ONLINE 2 days, 2 hours ago

Weather Update And Forecasting For February 28 Across Nepal By NEW SPOTLIGHT ONLINE 3 days, 1 hour ago

Weather Update And Forecasting For February 27 Across Nepal By NEW SPOTLIGHT ONLINE 4 days, 1 hour ago

Generally Cloudy In The Hill Areas Across Nepal By NEW SPOTLIGHT ONLINE 5 days, 1 hour ago

Weather Update And Forecast For February 25 Across Nepal By NEW SPOTLIGHT ONLINE 6 days, 2 hours ago