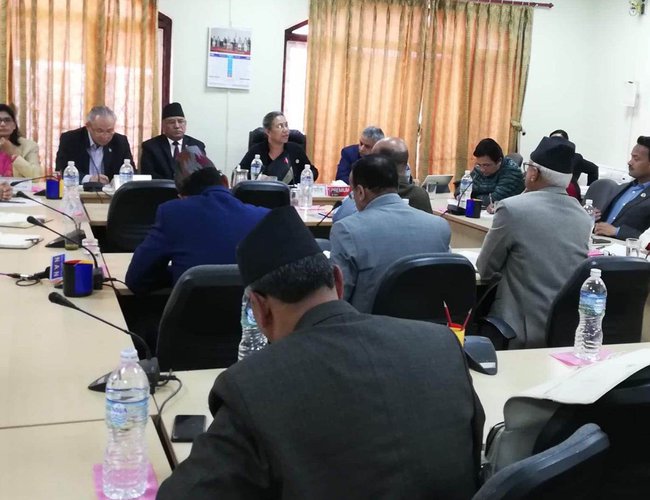 The State Affairs and Good Governance Committee of House of Representatives have directed the government to republish new Nepal’s map including Limpiyadhura, Lipulek and Kalapani.

The committee said the official map used by Nepal has technical defect as Limpiyadhura is a sources of Kali River. The committee directed the government to publish new map with Limpiyadhruia within Nepal.

After the revelation that the map used in Official seal of Nepal does not include the Limpiyadhura, Lipulek and Kalapani, the committee directed government to bring the new map.

Member of the committee Nawaraj Silwal revealed this fact at the meeting.

338 Households Displaced In Fungling Due To Fire By Agencies 5 hours, 32 minutes ago

Chanda Led Maoist And The Government To Hold Talks By NEW SPOTLIGHT ONLINE 15 hours, 58 minutes ago

Nepal Is Committed To End All Kinds Of Discrimination: Foreign Minister Gyawali By Agencies 6 days, 15 hours ago