Nepal Receives Country Of The Year Award 2019 In Malaysia

Nepal Receives Country Of The Year Award 2019 In Malaysia 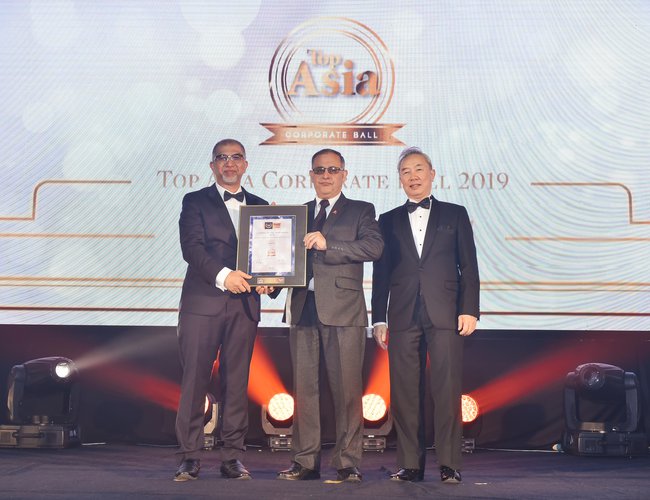 Nepal received the Country of the Year Award 2019. The award is given to Nepal as being recognized as Asia’s Best Nation For Mountaineering Adventures at the Top Asia Corporate Ball 2019 which is organized by RHA Media.

The rank was confirmed by carrying out various research surveys on Asian Countries among 5 shortlisted countries for the category of “Asia’s Best Nation for Mountaineering Adventures”.

The Award was distributed by YB Tuan Muhammad Bakhtar bin Wan Chik, Deputy Minister of Tourism, Arts and Culture of Malaysia and received by Uday Raj Panday, Ambassador of Nepal to Malaysia, amidst a special ceremony at Shangri-La Hotel, Kuala Lumpur on 22 November 2019, Friday.

Ministers, royalties, CEOs of reputed companies, business owners and personalities mostly Who’s Who across Asia had graced the occasion.

The Top 10 of Asia is an English language magazine owned and published by Research House of Asia (RHA) Media. The magazine is all about celebrating beautiful stories of successful businesses, people, and inspiring lifestyles across the entire fabric of Asian life. 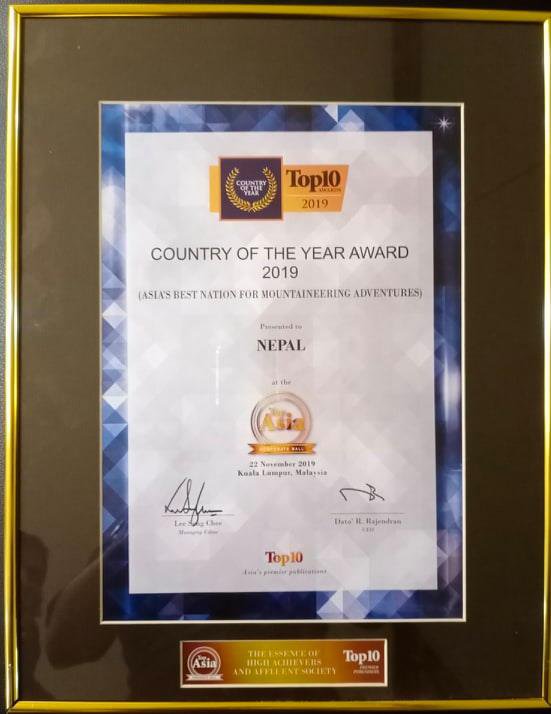 Chanda Led Maoist And The Government To Hold Talks By NEW SPOTLIGHT ONLINE 1 hour, 1 minute ago

Nepal Is Committed To End All Kinds Of Discrimination: Foreign Minister Gyawali By Agencies 6 days ago