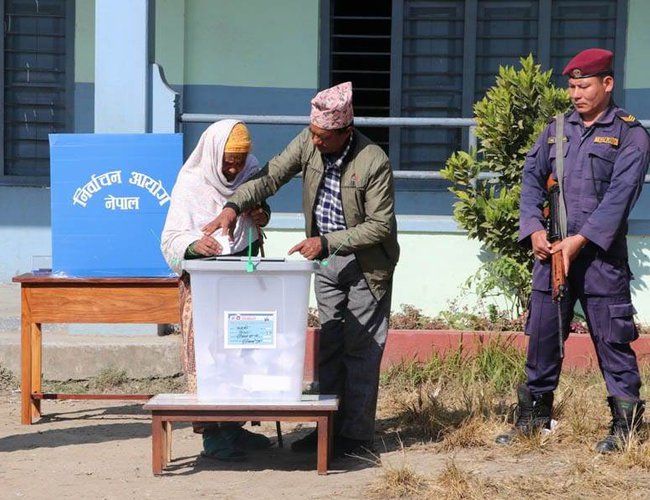 Despite the threat and bomb explosion in different parts of Pokhara, overwhelming numbers of voters have cast their votes in by-elections for the member of the House of Representatives.

There is tough completion between Bidya Adhikari, the widow of late Rabindra Adhikari, and Nepali Congress candidate Khem Raj Poudel. The post has been fallen vacant since the demise of the then Minister for Culture, Tourism and Civil Aviation Rabindra Adhikari on February 27 this year.

There were two explosions in Pokhara. However, it has not affected the voter turnout. According to an early report, over 60 percent of voters cast their votes in Pokhara By-election. There are 71,871 voters in Kaski HoR Constituency–2.

The by-elections was also held in other parts of the country as well. There are 337 candidates contesting for 52 seats. Voters have participated in the by-elections today waiting their turn to vote at the polling centers in the entire constituency. 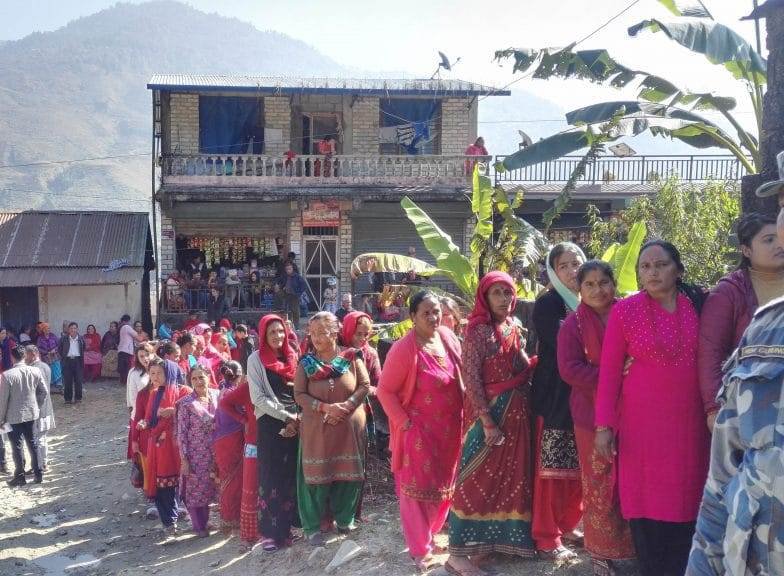 The voting that began at 7:00 went smoothly. With the onset of the by-elections, security has been beefed up in the ward and at polling booths.

The elections were also held for three constituencies of the Provincial Assembly. They included Bhaktapur 1 (A), Baglung 2 (B) and Dang 3 (B).

337 candidates, including 253 representing political parties and 84 independent, are contesting the by-elections being held tomorrow for 52 vacant posts of people’s representatives. Of the total 337 candidates, 253 are men and 84 are women.

The 52 vacant posts in 37 districts include one member of the House of Representatives, three provincial assembly members and 48 chiefs, deputy chiefs and ward chairs of local levels.

PM Oli Adopted A Rhino By Agencies 2 days, 12 hours ago

Chanda Led Maoist And The Government To Hold Talks By NEW SPOTLIGHT ONLINE 3 days, 12 hours ago