Nepal And India Neck To Neck In Medal Tally

Nepal And India Neck To Neck In Medal Tally 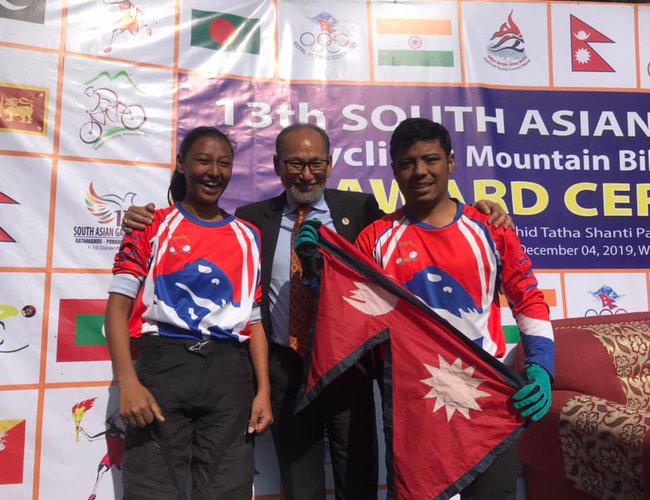 Although Nepal and India are necks to the neck, Nepal is leading in the medal tally concluding the matches for the third day of South Asian Games. Nepal bagged 29 gold, 13 silver and 21 Bronze with a total of 58 medals.

Nepalis cyclists have bagged two gold medals in cycling under the ongoing 13th South Asian Games (SAG), 2019. This is the first time that Nepal has won any gold medal in cycling in the SAG's history.

Earlier, Anupama had beaten Bijekun Mohammaud of Sri Lanka 7-4 to enter the final. With this, Nepal has secured 10 gold medals in Karate alone.

Nepal’s medal tally has crossed twenty as it has pocketed 15 gold, three silver and three bronze medals each, so far, in the ongoing 13th South Asian Games (SAG).

Kamal Adhikari (Taekwondo) was the latest to add to Nepal’s medal tally. Anu Adhikari won gold for the country in under 45 kg category of Kumite.

Prior to this, Kusum Khadka had beaten Bangladesh’s Famida Akhtar, keeping one more gold in Kumite.

Meanwhile, Ayesha Shakya has secured another gold, this time with Sanjeeb Kumar Ojjha in 29 years above category of pair Poomsae. Aayesha Shakya had previously won the gold medal in Women’s Individual Poomsae of Taekwondo above 29 age category,

Sina Maden Limbu defeated India’s Rupa Biyor in Women’s Individual Poomsae of Taekwondo under the 17-23 age category, claiming another gold medal for Nepal at Taekwan do Hall in Satdobato, Lalitpur. Limbu secured 8.150 points while her opponent Biyor got 8.130 points. 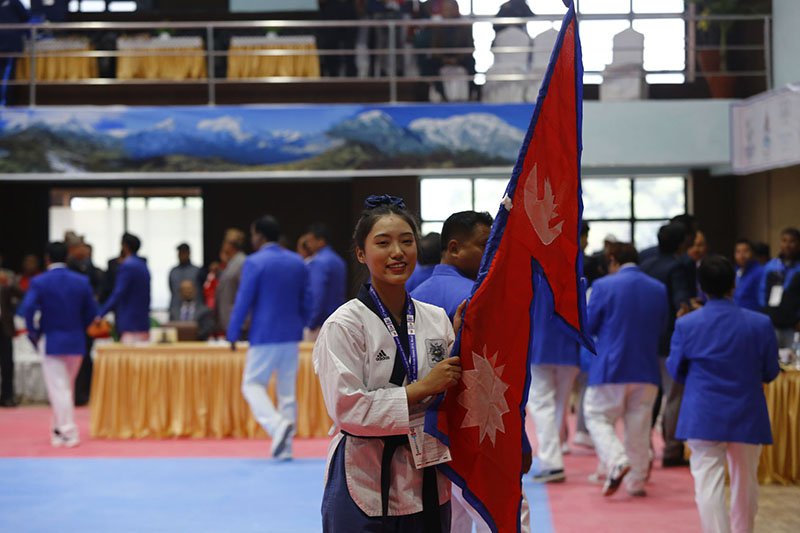