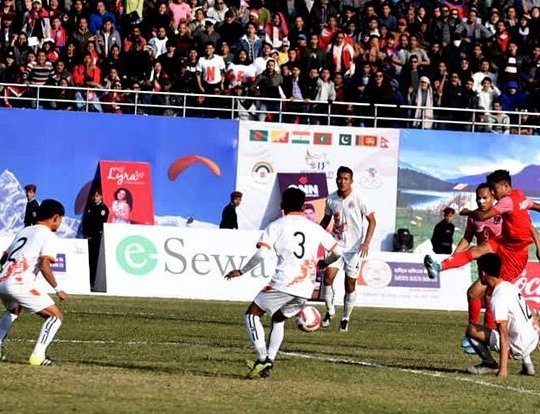 In a competitive final match, Nepal has won the men's football championship by 2-1 in the 13th South Asian Games (SAG).

Presence of over 15000 spectators, Abhishek Rijal of Nepal had scored the first goal in the 16th minute of the first half. At the end of the first half, Bhutan scored a goal equalizing the match. Nepal has started too led when Sunli Bal scored in 53 minutes of the game.

After winning the match, Nepal secured a gold which is 51 in its total. From the beginning Nepal has made several moves, it helped Nepal to maintain the led in early time. Interestingly, Nepal secured the first gold and last gold of the 13th SAG

This is the third time Nepal has secured a gold medal in SAG Game. This year India did not participate in the tournament.