Having worked for long in the banking sector, Chief Executive Officer of Himalyan Bank Ashoke Sumsher Rana is of the most experienced CEO of any commercial bank. Leader of the country’s oldest private sector bank as CEO, Rana recently spoke to NEW SPOTLIGHT on various issues related to banking sector. Excerpts: 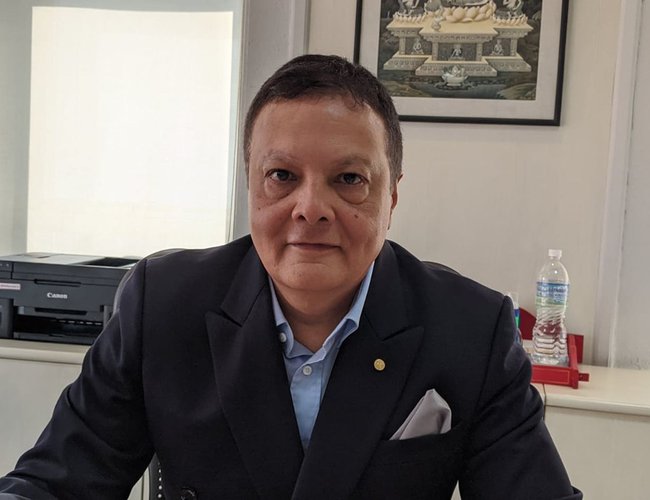 Having worked in the banking sector for such a long time, how do you see the overall situation of the banking and financial sector in Nepal at present?

I think the Nepal Rastra Bank’s regulations have been prudent. There are some issues with revision and revival and amendment of Banks & Financial Institutions (BFIs) Act. Although I have always been a supporter of good corporate governance in BFIs, we have some reservations on it, particularly on fixing the tenure of the board of directors and Chief Executive Officers. Otherwise, BAFIA and NRB regulations are required in the difficult times. There are almost 76 financial institutions. Supervision and regulation, as we have learned from the 2008 crisis, or light-touch regulation does not work and some kind of proactive regulations are required.

You have the experience of working in three different times, including a controlled system of the early 1990s, a liberal system after 1990 and now with more control. How do you compare the times?

What do I see is a true evolution of Nepal Rastra Bank, which is slowly adopting international norms. Slowly now we are integrating to Basel III. What do we see now is that even the central bank is not immune to global regulations. So it has also tried to take the Basel III and slowly we are moving to those types of regulations. Before this, there were no regulations in terms of external capital requirements, with low capital anything can happen. We had no quarterly closing and we had no monthly earning closure. Now everything has been done as Basel III. Basel III is an international regulatory accord that introduced a set of reforms designed to improve the regulation, supervision and risk management within the banking sector. Basel III is part of the continuous effort to enhance the banking regulatory framework. It is not that it is becoming controlling but it is becoming more regulated.

Don’t you think the proposed BAFIA amendment bill intends to control the autonomy of private banks?

Yes, there are some issues. I have mentioned the tenure of the board of directors and CEOs. This is definably impinging on the rights of owners and shareholders. If someone has major stakes, they should be allowed to exercise some rights under their ownership. Some of these issues, we have to discuss with the central bank.

The recent monetary policy talks about the merger of banking and financial institutions. Is it possible for banks like Himalayan Bank to go for the merger? How do you look at this?

The board of the Himalayan Bank at this time is not so keen to go for the merger. Right now we are considering the exit of Habib Bank of Pakistan and entry of UK’s CDC taking over the shares held by Habib Bank. So until this issue is settled out, we have discussed with the central bank and the central bank has said that they will defer any requirement of the merger until this is settled.

Given that the Central Bank has been often talking about the merger as a key to settle the current problem, do you think the merger is a panacea?

How do you see the current spread rate set by Nepal Rastra Bank?

On the issue of the spread rate, we have some reservations. We had numerous discussions with the central bank on this issue. The current spread rate of 5 percent will be coming down to 4.4 percent from the next fiscal year. That is fine with us but what do we object is the calculation methods of the spread rate. If the proposed formulas are followed, the actual spread rate will be 3.2 which we think will be very low. Thus it puts the bank at risk. If the bank cannot make a profit, it does not have a fund for reserve. So, this is one issue we would have to discuss with the central bank. Nepal Rastra Bank has to be realistic in deciding the spread rate. If it sticks to its policy, all the banks will be at great risk.

Given the current situation, how do you see the state of Himalayan Bank Ltd?

Himalayan Bank is also in a tough competitive environment and we have to deal with the environment. We need to hire better people, better systems, better processes. Our board is quite aware of this and we are in discussion and coming out with a strategy to face the challenges. 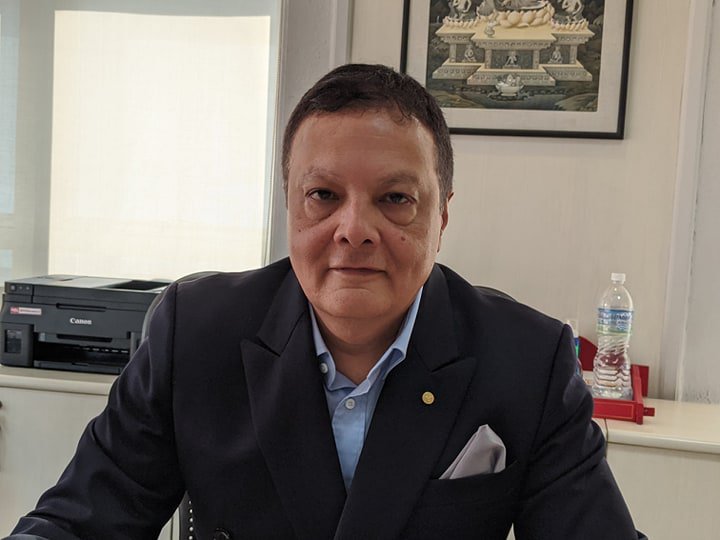 How is the financial state of the bank?

The financial state of the bank is very good. Last year, we were declaring a 20 percent dividend for this year -- for last year’s performance. We have now around Rs. 14 billion in reserve. The bank is in a very good financial position now. We have a lot of property. We have landed in Thamel in Hiti Durbar. We have bought land in New Road. We will have our own building in Bharatpur. So we are progressing. So far as financial health is concerned, it is very good.

Nepal Rastra Bank has directed banks to have one bank in one Rural Municipality, how have the commercial banks like Himalayan Bank been reaching there?

We have already complied with the direction of Nepal Rastra Bank. With all the banks coming together, NRB called us and we came with a formula where we took a decision that all Rural Municipalities will be covered by two months.

Himalayan Bank has done some restructuring as per the country’s current political set up, right?

We have restructured as per the present political structures. HBL has set up seven provincial offices appointing seven province heads. We had the first meeting called by Sudurpaschim Province or Province 7. All our province heads attended that meeting.

Since you have been keenly watching the economic state of Nepal, how do you see the economy of Nepal?

There are certainly encouraging signs in our economy. The growth around 7 is good with an improved balance of payment and declining imports. With the increase in power generation, imports of petroleum products and fossil fuel have gone down. With this, we come to have a little bit of a trade surplus. The only thing now is to increase capital spending. If that happens, the economy will be on a good track.

What about the state of deposit? Are banks still facing money crunch?

We still have problems of lendable funds. That is still an issue but I think we have to see how things proceed.

In which area is HBL focusing now? How about the hydropower sector?

We are recently looking at power projects. We are a bit choosy on loan due to our board policy. We are looking for developers that have the financial capability to see cost overrun and technically capable. So in that respect, we have met Rastra Bank’s requirement in energy, agriculture, and hospitality. We have now progressed. We also are now looking at the alternative energy sector, particularly solar.