Whether To Accept The US Government's Grants Lies Within Nepal: Chinese Ambassador Hou Yanqi

Whether To Accept The US Government's Grants Lies Within Nepal: Chinese Ambassador Hou Yanqi 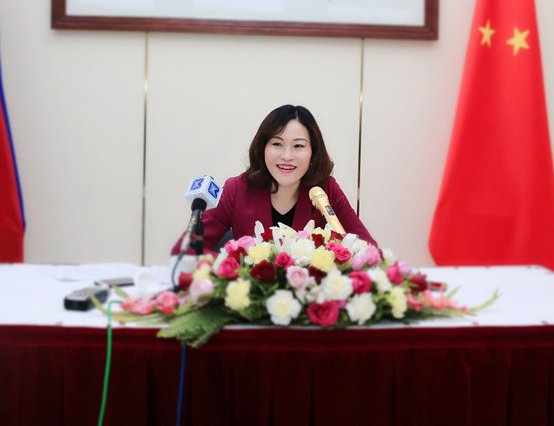 Chinese Ambassador to Nepal Hou Yanqi said that whether to accept the US Government's grants for the causes of Nepal's physical infrastructure lies within Nepal, adding that the Nepal Government was capable to take a positive decision towards that end.

She said that China has made it clear that it does not defend its citizens involved in illegal activities in the host country and also expressed commitment of its cooperation in bringing the criminals to book.

She said that there is no threat to its security and national interests from Nepal to China. Ambassador maintained that there was risk from some elements who did not like the cordial relations between China and Nepal, and China's prosperity, pointing out the need of observing caution against such undesirable elements.

"The Nepali government and people always adhere to the one-China policy which China highly appreciates. We hope that our Nepali friends can know better the nature of the incident, work with us to resist and oppose any words and deeds that interfere in Hong Kong and Xinjiang affairs, defend the basic norms of international relations, including non-interference in internal affairs, and safeguard the common interests of developing countries," Ambassador of China to Nepal, Hou Yanqi said, organising a news conference at her office today reports Rashtriya Samachar Samiti.

The Chinese Ambassador said some Western countries that did not want to see China prospering were persistently attacking China by exaggerating the Hong Kong and Xinjiang issue, stressing that the Chinese government has been working for the peace and unity of these territories by adopting the basic national policy of 'One Country, Two Systems' as per the Chinese constitution. 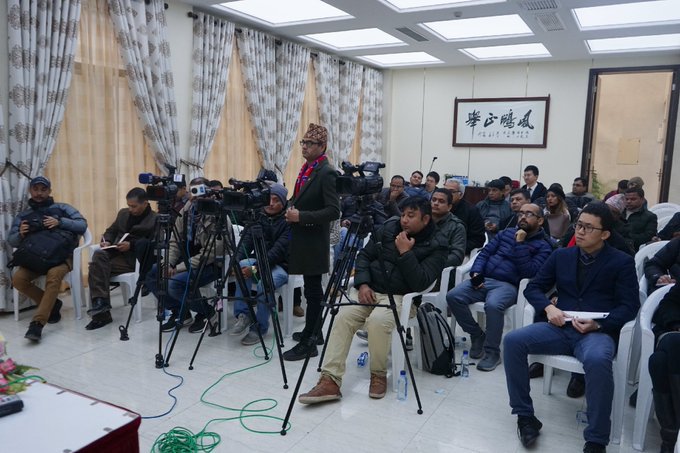 Stating a notable progress was made in 2019 in expansion of the contacts and relations between the two countries in the economic, social, political, trade and the public aspect, ambassador Hou remarked that China has remained as the country making the maximum investment in Nepal continuously since four years and that the expected success was achieved in the expansion of China-Nepal trade as well.

The Chinese envoy said, "the outstanding highlight of China-Nepal relations this year is the exchange of visits between the two heads of state.. President Xi Jinping's state visit to Nepal in mid-October is the first time of the Chinese President’s visit to Nepal in the last 23 years.

During this visit, the two leaders have witnessed the signing of 20 cooperation documents concerning various areas of the national interest and people's livelihood, announced the establishment of China-Nepal strategic partnership of cooperation featuring ever-lasting friendship for development and prosperity, agreed to align the joint building of the Belt and Road Initiative by China and Nepal with Nepal's national development strategy of transforming itself into a land-linked country and to accelerate the building of the Trans-Himalayan Multi-Dimensional Connectivity Network."

The Chinese Ambassador said the Year 2019 witnessed the addition of a new dimension to the China-Nepal relations, successful exchanges of bilateral visits at the Head-of-the State level, signing of 20 documents: agreements and Memorandum of Understanding concerning bilateral partnership, cooperation and assistance during Chinese President Xi Jingping's historic and maiden visit to Nepal in mid-October.

According to the Ambassador, they are working closely with bodies concerned of the Nepal Government for the implementation of the agreements as soon as possible.

"Regarding the 25 post-disaster reconstruction projects concerning people's livelihood of Nepal, we have completed 10 projects including the first phase of Kathmandu Ring Road Improvement and Earthquake Monitoring Network Project. In near future, we will also have several new projects completed, approved or commenced," she added.

RSS reports that the Chinese Ambassador was of the view that 'Two plus One' or the partnership with China and India or other countries be focused on enhancing prosperity of the respective nations and improving the people's livelihood. Size should never be an issue and have its bearing on such efforts, the Ambassador argued.

PM Oli Adopted A Rhino By Agencies 13 hours, 44 minutes ago