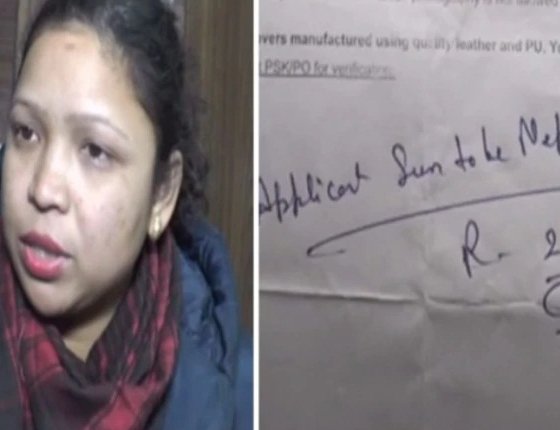 Amid a controversy over denial of passports to two sisters Santosh and Heena in Haryana’s Ambala by the regional passport authority here on the grounds of “their appearance,” the duo has been granted the documents and a probe will be initiated to find out who mentioned the noting on the file about the “Nepali appearance” of the applicants, a senior official told The Hindu on Thursday.

Sibash Kabiraj, regional passport chief in Chandigarh, said that passports had been granted to both the girls and the documents will be issued after pre-verification from the police. “I completely disapprove of the language of the comment on the official document, which mentions ‘applicant seems to be Nepali’. An inquiry into the matter will be initiated to find out who wrote the noting and suitable action will be taken,” said Kabiraj.

Kabiraj said passports were issued to Indian citizens after confirming their citizenship. “There are some cases where Nepali citizens apply for passport. As per the Supreme Court guidelines, they are not issued passports but issued another travel document, called identity certificate. Such a document is also issued to Tibetans staying in India. In such cases, we seek clarification from local police about whether the applicant is an Indian citizen or not. In this case, the official, instead of writing a comment on ‘their appearance’, should have adopted the due procedure and sought verification about citizenship from the concerned Deputy Commissioner,” said Mr. Kabiraj.

Kabiraj added that the applicants’ claim that they were asked to prove their nationality even after submitting the required documents will also be investigated.

The two sisters — Santosh and Heena in Haryana’s Ambala — were earlier denied passport by the regional passport authority, apparently on the grounds of “their appearance.”

However, after the intervention Haryana Home Minister Anil Vij, the processing of the application was started.

Ambala’s Deputy Commissioner Ashok Sharma, meanwhile, said that a few days ago Santosh and Henna, along with their father Bhagat Bahadur, had gone to the passport office in Chandigarh, where they had applied for respective passports. They were, however, denied passports after mentioning on their documents “applicant seems to be Nepali.”

Sharma said the passport office had summoned both the sisters and now their passports will reach them soon after he took up the issue with the passport authority in Chandigarh.

Santosh, one of the applicants, said that the passport office asked them to prove their nationality even when they presented all the necessary documents. “We were asked to prove our nationality. We then approached Home Minister Anil Vij and it was after his intervention that the processing of our passport application could start,” she said.

Bahadur has claimed that the family had been living in India for over 50 years. He told reporters that he was born and brought up in Ambala and his father had come to Ambala from Nepal before his birth.

Bhagat stated he has four daughters — Meera, Santosh, Heena and Komal. Santosh is a fashion designer and Heena has done B. Pharm. They both want to go abroad and hence applied for passports in June. Meera already possesses an Indian passport, said Mr. Bahadur.

Narrating her ordeal, a girl said here on Wednesday that she and her sister were denied a passport by the concerned authorities citing that they look like Nepali.

Narrating her ordeal, a girl said here on Wednesday that she and her sister were denied a passport by the concerned authorities citing that they look like Nepali.

"When we went to the passport office at Chandigarh, they saw our faces and wrote that we are Nepali. They ask us to prove our nationality," said one of the sisters.

"We took the matter to the Minister Anil Vij only after which the process of making our passport started," she added.

"One person named Bhagat Bahadur went with his daughters Santosh and Henna to the passport office Chandigarh for the passport. There they have denied passport and wrote 'applicant seems to be Nepali' on their documents," said Ashok Sharma, Deputy Commissioner, Ambala.

"I have taken cognizance of this as soon as it came to my notice and after my intervention both the sisters were called by the Passport office and now their passport will reach them very soon," he added.

He said that inquiry will be conducted into the incident and appropriate action will be taken.

Bangladesh To Administer COVID-19 Vaccine For All, Free Of Cost By Agencies 3 months, 3 weeks ago