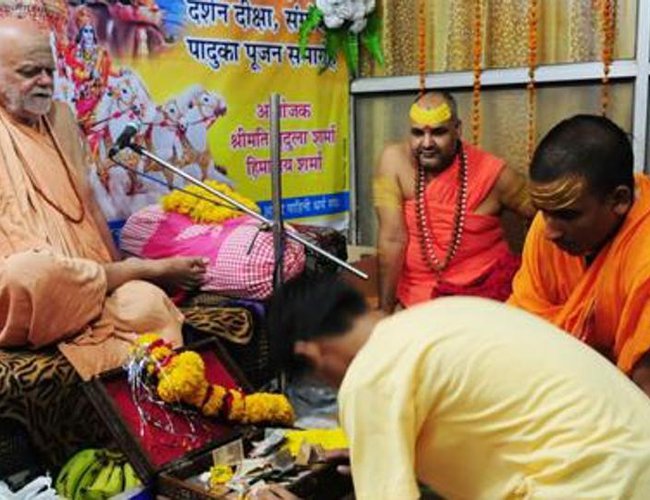 Puri Shankaracharya said that many countries have been declared as Muslim and Christian nations, while there was no such country for the Hindus. He said the United Nations should designate India, Nepal and Bhutan Hindu nations.

According to a news published in Hindustan Times, Talking to reporters in his abode of Govardhan Math in Puri on Friday, Saraswati said that many countries have been declared as Muslim and Christian nations, while there was no such country for the Hindus.

While the country is witnessing massive protests over fears that Citizenship Amendment Act (CAA) and the National Register of Citizens (NRC) may dilute the nation’s secular credentials enshrined in the Constitution, Puri Shankaracharya Swami Nishalananda Saraswati says India should be declared a ‘Hindu Rashtra’, meaning, a Hindu nation.

“At present there are no Hindu nations. Hence, it is the responsibility of the United Nations to declare India, Nepal and Bhutan as Hindu nations in the first phase. Hindus, who are being persecuted in other countries should be rehabilitated in these three countries,” said Saraswati.

The news paper said that the Shankaracharya said if any Muslim feels neglected in any other country and wants to leave the particular nation, he/she should be rehabilitated in any of the Muslim nations.

On CAA, Puri Shankaracharya said, “The present violence and unrest could have been avoided if adequate steps were taken for proper consultations, discussions and awareness before its enactment.”

In Odisha, protests against the CAA were held in Niali area of Cuttack and Biramitrapur area of Sundargarh district on Friday.

Shankaracharya’s advocacy for a Hindu nation comes on the day Kerala Chief Minister Pinarayi Vijayana wrote to chief ministers of 11 states including Odisha to oppose the CAA.

Chanda Led Maoist And The Government To Hold Talks By NEW SPOTLIGHT ONLINE 6 hours, 49 minutes ago

Nepal Is Committed To End All Kinds Of Discrimination: Foreign Minister Gyawali By Agencies 6 days, 6 hours ago