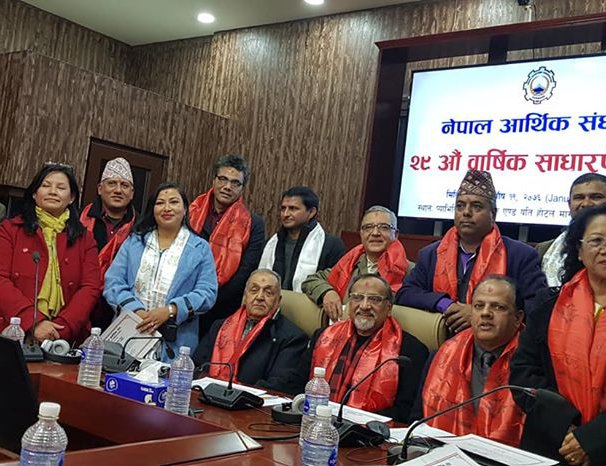 Similarly, Professor Kusum Shakya, chief of Economics Department at Tribhuvan University, is the ex-officio member, as per a media release. The association is an organisation of Nepali economists that is most engaged in policy level research. Among other works, it also provides independent consultancy to the government for formulation of the budget and other economic policies.

Dordikhola To Generate 27 MW Electricity From Mid-July By Agencies 3 days, 13 hours ago

Asia-Pacific Can Emerge From Pandemic "Stronger Than Before" — ADB President By NEW SPOTLIGHT ONLINE 6 days, 3 hours ago

Nepal Has Started The Import Of Electricity From India On Saturday In New Rate By NEW SPOTLIGHT ONLINE 1 week, 2 days ago