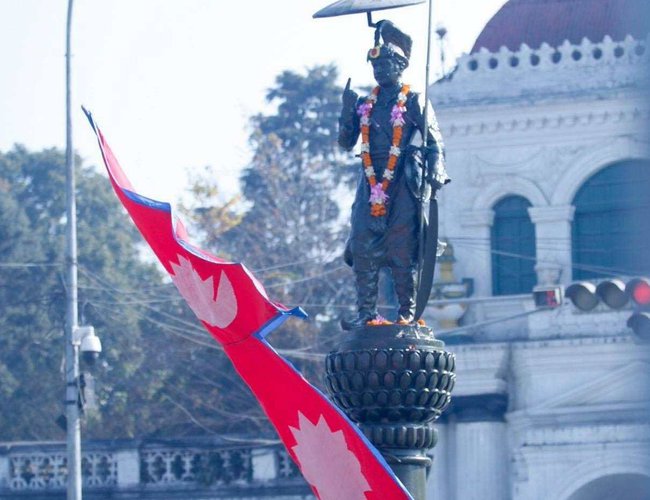 People from different walks of life gathered at Singhadurbar to pay the respect to King Prithvi Narayan Shah on the auspicious occasion of his 298 birth anniversary. Large numbers of people gathered at Singhdurbar and offered garlands to Shah, the founder of Nepal.

The country is celebrating the national unity day today organizing various programs. Although she did not attend the program, president Bidhya Devi Bhandari issued a press statement praising the role of Shah in national unification.

President Bhandari has also extended best wishes to all Nepali brothers and sisters at home and abroad on the occasion of the birth anniversary of Prithvi Narayan Shah today. Issuing a message, President Bhandari has said that the bravery, courage and efficiency our ancestors have helped maintain Nepal as an independent and sovereign country since ancient times.

Minister of Tourism, Culture and Civil Aviation Yogesh Bhattarai offered a garland to the statue of Shah in Singhdubar. Similarly, leaders from other political parties members of Nepal Academy, children and common people organized a rally remembering national unity day. 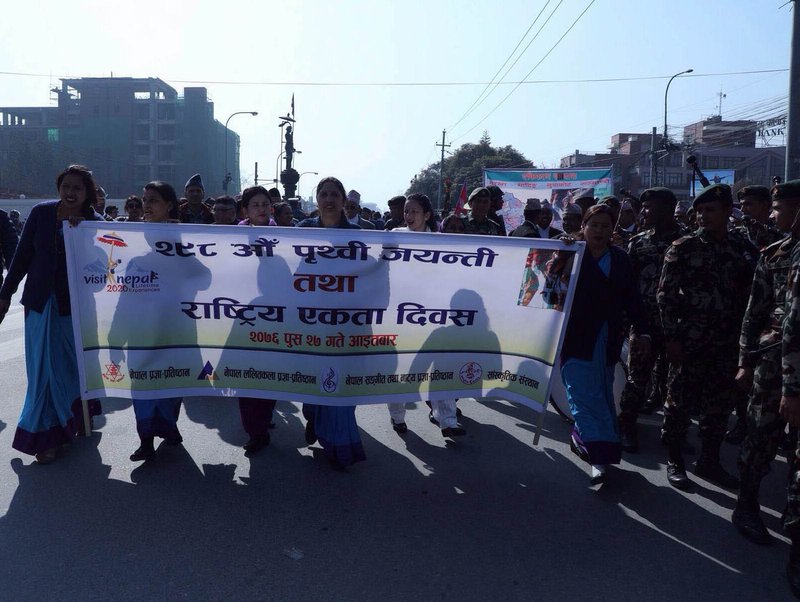