Korean Missing In Annapurna Region Is Yet Be To Traced, Rescue Mission Continue

Korean Missing In Annapurna Region Is Yet Be To Traced, Rescue Mission Continue 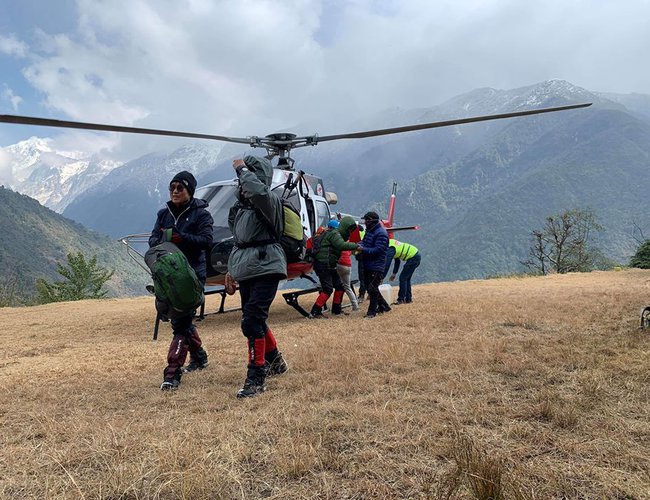 Despite sending a helicopter to search and rescue missions, four Korean and 2 Nepali nationals, who were missing from the Annapurna circuit since yesterday, are yet to locate.

Out of 11 Korean nationals who went to trekking seven were already in touch with police Deshsanchar reports.

According to the online, the Korean and Nepali trekkers have been reported out of contact since Friday morning from Hinku Cave, in between Deurali and Himalaya at Annapurna area, due to bad weather.

District Police Office of Kaski said no traces of the missing persons have been found till Saturday evening. However, Simrik has kept its well-equipped helicopters along with rescue technicians on standby at Pokhara and Kathmandu base.

Four Koreans went missing from Deurali area in Kaski district after an avalanche triggered by heavy snowfall hit the trail route along the Annapurna trekking circuit on Friday.

Amid Of Surge Of COVID-19 Cases, Nepal Issues More Permit For Everest Expedition By Agencies 1 month, 3 weeks ago