The Chinese Constitutional Model at 1948

Apart from the historical Tibet, the Chinese Constitutional legal system also formed the external environment for Nepal during the making of the Government of Nepal Act, 1948. There appear to be no historical linkages, however. 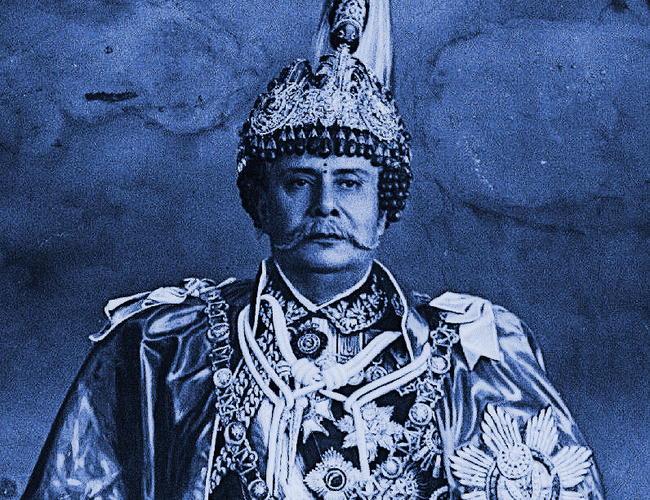 Apart from the historical Tibet, the Chinese Constitutional legal system also formed the external environment for Nepal during the making of the Government of Nepal Act, 1948. There appear to be no historical linkages, however.

China has remained an ancient civilization. The present Chinese nation is based on the unification of diverse principalities by the first emperor of the Qin Dynasty in 221 BCE. He created a unitary state, and governed it on the strength of perceived divine power. The Chinese emperor was referred to as the son of heaven. Through ritual, Chinese emperors legitimised their rule as divinely ordained. The emperor was the sole legitimate temporal power over all the earth ('all under heaven").

In its historical process, China never evolved ideas of freedom, democracy, and constitutionalism, and therefore never tried to write a constitution to ensure them. It remained influenced with two main philosophical trends: Confucianism and Daoism. The Analects of Confucius defined a feudal hierarchy wherein the maintaining of social roles was the basis for political stability. Emperors were to rule benevolently. Officials should defer to those above them in the hierarchy and treat those below them with compassion. The country had 24 imperial dynasties that followed this general pattern of rise and fall over the period from about 2100 BCE up to 1911 C. E. when the Republic of China (ROC) was established. These dynasties, according to G. Robbers, adopted a constitutional system oscillating between a feudal distribution of power and a centralistic autocracy. Efforts were made to regulate the state and its power with a series of texts published by successive governments, but without limitation on power. They tried to reflect a process of continuous study of Western constitutional culture and theory. Implanting the constitutional spirit in was a tough.

Under the Qing Dynasty [1644 to 1911], for example, the Chinese legal tradition and law code used formal rules and punitive laws to enforce the moral teachings of Confucian propriety, a dichotomy that continued to influence the development of law well into China’s formation as a nation and later the People's Republic of China (PRC) itself. According to S. V. D. Sprenkel, the Qing Code focused on criminal punishments, commercial law, contracts and property; additionally, such formal codes reflected the ideals of governance, while local practice focused on values of relationships and community socialization. Confucian norms of hierarchy, propriety and justice were reflected in many aspects of the Qing Code, including severity of punishment, privileged status of officials, and lack of attention to formal legal education, P. B. Porter adds.

Relationship justice was also adopted from Confucianism into Qing law, wherein the application of law, including criminal punishment, depended on the hierarchical relations in society; namely, such relations favored officials, men and elders as opposed to commoners, women and youth. This also meant that criminal law not only applied to crimes like murder and theft, but also those more civil in nature, including breach of agreement or harm to reputation. Predictably, the severity of the punishment depended also upon the relation between the perpetrator and the victim, and punishments tended to be more severed if the act was declared to violate a Confucian relationship.

Qing law also embodied the notion of “catch-all statues,” meaning that officials were presumed to possess Confucian virtues and propriety necessary to govern society and, therefore, were granted the discretion to implement legal rules. Officials Confucian rectitude was prioritized over their technical and vocation training, which mean the application of law was flexible and depended on the indoctrination of Confucian classics that officials had to undergo prior to their appointment. This approach, states J. R. Levenson, was reflected in the subsequent development of the legal sector in China under the ROC and the PRC itself.

Eventually, the Meiji Constitution of Japan in large part inspired the idea of a constitutional monarchy as well as a written constitution in China around the end of the 19th century. Although conservative monarchists who were loyal to Empress Dowager Cixi overthrew the first attempt at constitutionalism during the Hundred Days’ Reform (1898), they eventually ended up adopting the same policies later on.

While its powers were waning, the Qing government sent official delegations to countries like Great Britain, Germany, and Japan to study their constitutions, and ultimately, decided to imitate monarchical constitutionalism. In 1908, the first constitutional document, the Royal Constitutional Outlines (qinding xianfa dagang), was published. The Royal Constitutional Outlines, with the main goal of retaining royal power, allocated nine articles addressing the emperor’s rights. The first one, for example, highlighted that the emperor would rule over the Qing empire forever with everlasting honor. Only the appendix to the first constitution addressed the rights and duties in 14 articles of the emperor’s subjects.

Then, in 1911, the first constitutional document legally enforced (the “Nineteen Covenants") came to be, following the eruption of the Xinhai Revolution that led to the elimination of the Qing empire, the final imperial dynasty in China. This new document more strongly limited the powers of the state, but it could not save the dynasty from breaking down, notes Robbers.

As Qing Dynasty’s hold was weakening, according to Potter, it launched various initiatives to reform the legal system, including establishing the Imperial Law Commission in 1904. This Commission was tasked with evaluating the legal systems of foreign countries, especially Japan and Germany, to draft legislations that could be inducted into the Chinese system while preserving the essence of Chinese values and identity. This tension to adopt international knowledge and technology while maintaining Chinese traditions became a matter of huge debates and continued to influence how China opened up to the rest of the world during the fall of the Dynasty and thereafter.

The Qing Imperial Law Commission reflects a departure of the Chinese legal system from the traditional values in the Qing Code. For example, the Commission prepared for various types of laws, including Company Law, an Administrative Court Organization Law and a Criminal Code, as well as legislation regarding foreign trade, trademarks and a Civil Code, the last of which shifted the legal code from a punishment-based one to a rights-based on the basis of socio-economic relations. The Civil Code also distinguished itself, as potter notes, from the Criminal code in matters of punishable criminal acts. Even though the Qing government was too weak to ensure the changes were implemented, many working to reform these laws continued to work under the government of the ROC.

With the end of the Qing Dynasty and the establishment of the ROC in 1911, China’s transition to having a modern government intensified. The Nationalist Party of China, inspired by the philosophies of Dr Sun Yat-sen, the prominent Chinese politician, tried to establish a parliamentary system of dual governance, wherein state institutions like the legislatures, courts and administrative agencies operated under the guidance of another set of parallel state organs, a system that was later replicated by the Communist Party of China.

Robbers maintains that under the revolutionary government's Governmental Organization Outlines of the Republic of China (zhonghua minguo linshizhengfu zuzhi dagang), the governing structure of the new government was structured after the one in the United States. Just as the American colonial states forming a union, the Chinese provinces declared their independence from the Machus, foreigners from Manchuria. Shortly after, Sun Yat-sen legislated the Transitional Covenantal Constitution of the Republic of China after yielding power to politician Yuan Shikai (1859–1916). This Constitution transformed the presidential system in China to a cabinet system, and the difference between two systems mirrored the process of modern Chinese constitutionalism.

Due to economic and political crises under the ROC, which became regular, an effective national government couldn’t be established, although between the relative peace period from 1927 to 1937, the ROC made significant progress in law making.

Under the ROC, several significant legislations were introduced, including the Civil Code of 1929 (combining civil and commercial regulations per the Swiss law model and departing from relational justice norms of Qing China), a Company Law and Negotiable Instruments Law of 1929, a Criminal Code of 1935, a Civil Procedure Law of 1935 and a Trademark Law of 1936. The concept of “legal persons” and “natural persons,” derived from Europe’s civil law norms, pushed aside references to social relations on the basis of legal status. Additionally, R. L. Maddex notes, the legal system combined objectivity in how it treated legal actors with subjectivity in the analysis of legal acts, thus solidifying the role of intent as a basis for juristic acts, unlike in the Qing legal code. ROC law also distinguished public and private law; e.g. obligations like contracts were considered private even when they involved public entities, thus departing from the Qing notion that conflated public and private, and public offenses were often subject to criminal punishment.

The nationalist government, led by Sun Yat-sen, ended the warlords’ separatist regimes. Sun resigned from the new republic as its president and founded the Kuomintang or the Nationalist People’s Party. Sun’s successor, Chiang Kai-shek, and the new nationalist government adopted Sun’s political theory as its constitutional foundation. Chiang unified most of China by 1928. Sun had predicted that the nationalist revolution would have three different phases – the military, the disciplinary, and the constitutional. As such, the Nationalist Party was going to lead the first two periods while returning the power to the people in the third phase. The people, Sun believed, were ignorant and had to be educated to exercise power. Chiang aimed to lengthen the second period as much as possible, although he faced opposition from the Communists.

According to R. L. Maddex, in dividing up the government, in addition to the three familiar in the West, he also included an examination power and a supervising power, which followed the traditional Chinese political wisdom. The Nationalist Party was successful in launching an extensive legislative program in 1928, followed up the Constitution of the Republic of China in 1947, which is still implemented in Taiwan today. However, while the Constitution granted comprehensive rights to the people of China, Chiang still managed to take absolute power for himself. Further democratic reforms were restricted by Japan’s aggression.

Ultimately, the Nationalists lost power in China, mainly due to corruption and their failure to defeat Communists on the battlefields. Following World War II, the Communist Party, in 1949, defeated Chiang, abolished the Nationalist Party legal system, without a replacement, and established the People's Republic of China in Beijing. Chiang and his followers fled to Taiwan, and although a document named the Common Program served as a constitution, the Party’s ever-changing policies regarding civil and political life have influenced China ever since. Scholars argue that the lack of a coherent legal system has yet to be rectified, notes Robbers.

Such developments under the ROC law are still influential today, as seen, for example, in the Taiwanese court system that considers rulings under the ROC as legal precedent. Additionally, despite the limitations of application to just a few cities along the Yangtse River, owing to ROC’s political and military weakness, norms established under the ROC went on to influence and provide a foundation for how laws were drafted and interpreted in the PRC in its early years as well as legal reforms in the post-Mao era. Thus, according to Potter, the leaders of the revolutionary movement in China were experienced in legal institutions and regulatory processes, upon which they drew with regards to governance and regulation in the PRC.