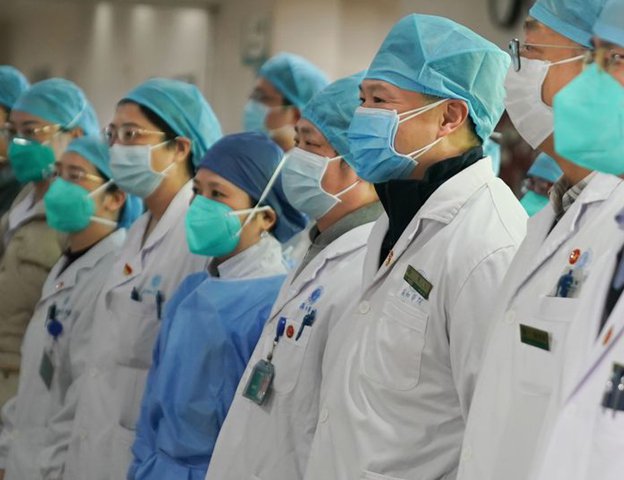 China's relentless battle against the spreading novel coronavirus outbreak is likely to make marked progress by February 8, Zeng Guang, chief epidemiologist of the Chinese Center for Disease Control and Prevention, told Global Times in an exclusive interview on Wednesday.

According to Global Time, Tuesday brought a gleam of hope for China as at least 10 provinces, including Central China's Hubei Province, the epicenter of the coronavirus outbreak, reported a decline in the number of newly infected patients than the previous day.

Considered to have the longest incubation period of 14 days, the deadly virus has pushed China to swing into a national campaign to contain the disease.

Wuhan, Hubei Province, the epicenter of the coronavirus outbreak implemented a lockdown on Thursday, which very much helped to contain further spread of the virus, Zeng said.

While some experts and observers raised concerns over delayed response of the local Wuhan authorities to the virus outbreak, Zeng noted the Wuhan government's slow action in the initial stage of the epidemic was due to their "lack of scientific recognition" of the deadly virus and "probably some executive issues."

"Nothing will make sense if the scientific standpoint was wrong," he said.

Local authorities in Wuhan and Hubei are under tremendous pressure for not disclosing sufficient public information promptly, in addition to a serious lack of preparedness ahead of the city's lockdown.

As of 6 pm Wednesday, total confirmed cases of novel coronavirus reached 6,078 in the country, and 132 lives were lost to the deadly virus. And, 115 have been discharged from hospitals after recovery, according to the country's health ministry. By Wednesday, the number of infected cases has surpassed the overall number of SARS cases in 2003.

The infectivity of the novel coronavirus is deemed higher but the fatality rate is lower than SARS, Zeng told the Global Times. In contrast, the new virus is believed to have recessive infection, more mild cases, and longer incubation period.

The expert urged Chinese people not to over-react to the current epidemic. There is no need to "wear surgical masks on the streets in Beijing", Zeng said as he categorically added that fear and lack of epidemiology have elicited an overreaction among the public to the novel coronavirus.

While frontline doctors and nurses have been working round the clock in recent days to rescue the infected patients, Zeng suggested cases with symptoms like fever should be admitted to the community clinics instead, in order to relieve the pressure of the first-tier public hospitals.

Zeng said the odds of contracting the new coronavirus pneumonia on the streets of Beijing without direct contact with the patients are like the rate of occurrence of car accidents. The expert recommended that people should avoid panic and overreaction.

How A Changing Virus Is Reshaping Scientists’ Views On COVID-19 By REUTERS 1 day, 1 hour ago