MCC Should Not Be Made Political Propaganda: Minister Baskota

MCC Should Not Be Made Political Propaganda: Minister Baskota 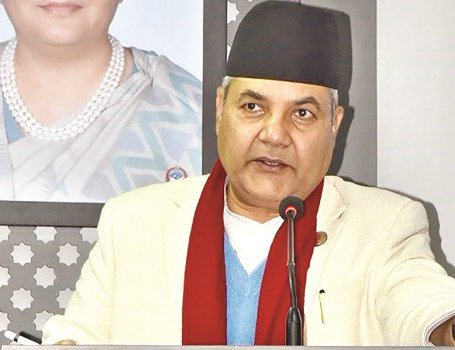 Minister for Communication and Information Technology Gokul Prasad Baskota said that the MCC project should not be made a mere propaganda tool for political consumption in the public sphere.

Addressing at a weekly press, Minister Baskota said that the project had gone into an implementation phase and proposal for ratification has already registered at the House of Representatives.

“Prime Minister KP Sharma Oli during his address on the first day of the CC meeting of the party on Wednesday has made it clear that the MCC will be endorsed to pave the way for its implementation, so there is no need to cast doubt any longer,” The Rising Nepal quoting minister Baskota.

According to The Rising Nepal, minister Baskota said that the ongoing second plenary Central Committee meeting of the ruling Nepal Communist Party (NCP) will endorse the Millennium Challenge Corporation (MCC) project of the American government.

Apart from Nepal, 49 other countries in the world including Sri Lanka have taken this type of assistance from the U.S. government and these countries should be taken as reference in Nepal, he said. He recalled that Nepal had taken foreign assistance even during the time of cold war. “How can a country like Nepal which is in the list of developing nations, could upgrade and become prosperous without accepting such a big project provided by number 1 economic power house nation?” Minister Baskota questioned.

The Rising Nepal quoting minister Baskota writes,” Indo-Pacific Strategy (IPS) doesn’t have anything to do with the MCC project, they are two different things, he said. “IPS is the sole idea and policy of the U.S. government and the government of Nepal, as a member of the Non-alignment Movement (NAM) nation, there comes no point of being involved in any military alliance with the U.S. as rumored in the public,” Minister Baskota said.

He further clarified that BRI of China and MCC of the U.S. government were not framed under geo-strategic policy, but were related and more concerned with Nepal’s economic prosperity, energy and transport development.