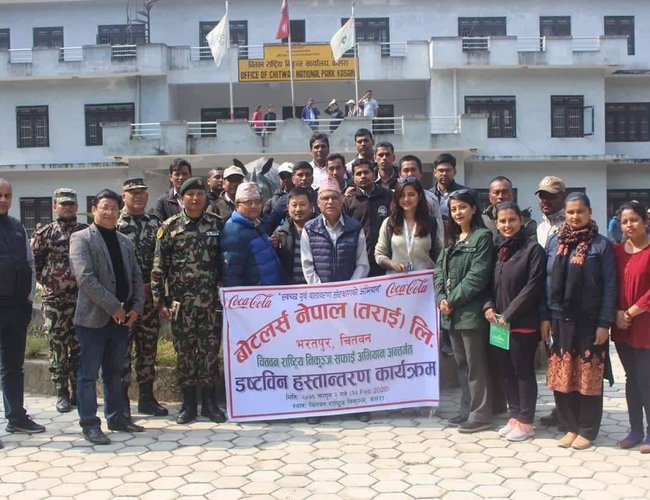 PET bottles from several locations of the National Park are regularly collected through Coca-Cola Nepal’s Sustainability initiation, ‘Recycler Saathi’, which works specifically towards ethical and legal recycling of used PET bottles. The initiative is led by Coca-Cola Nepal’s Sustainability partner Creasion and aims at supporting the waste management practice in Nepal.

The Coca-Cola Company through its World Without Waste vision has pledged to collect and recycle the equivalent of 100 percent of its packaging worldwide by 2030 and as part of the commitment in the Country, Coca-Cola in Nepal has partnered with Himalayan Climate Initiative and Creasion to set up 2 PET bottle collection facilities for recycling, in Kathmandu &Bharatpur respectively.