Japan Provides Support To WFP For The School Meals

Japan Provides Support To WFP For The School Meals 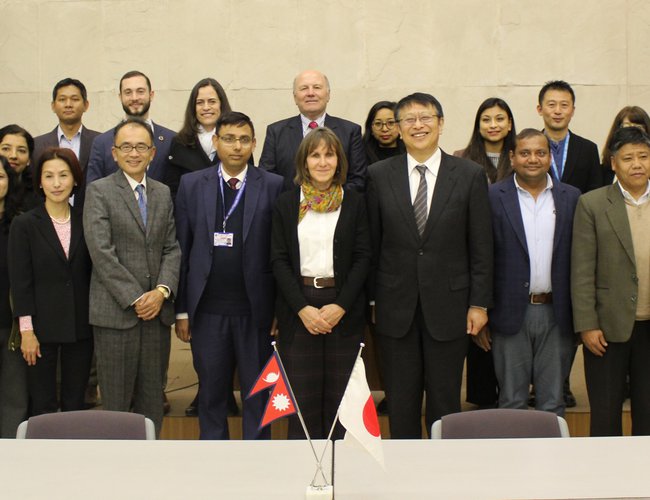 At the signing ceremony, ambassador Saigo Masamichi said the grant will improve the learning environment for nutrition situation of students in Nuwakot District, which was badly affected by the 2015 earthquake. He also informed the audience about the Nutrition for Growth Summit to be held in Japan this year.

He also spoke about the Scaling Up Nutrition (SUN) Global Gathering that was held in Kathmandu in November 2019 and the adoption of the Kathmandu Declaration. 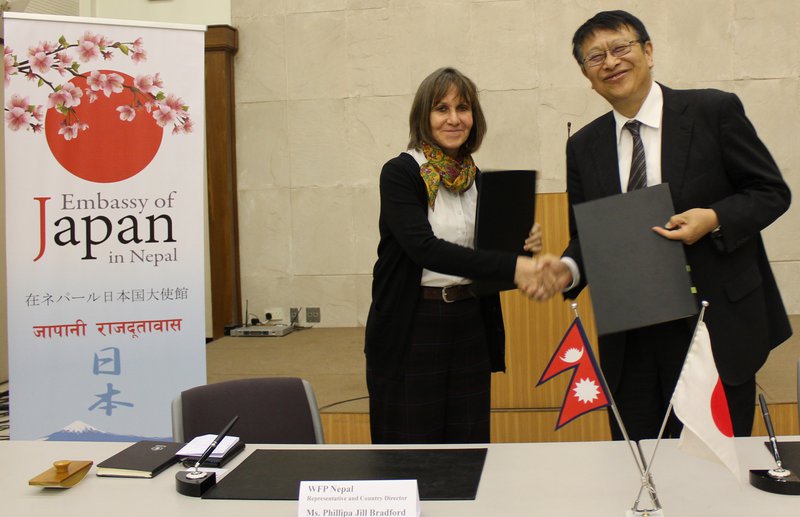 Phillipa Jill Bradford thanked Japan for their contribution and said, “This partnership between the Japanese Government, the Government of Nepal, and WFP has the potential to improve the lives of more than 2 hundred thousand people.”

“By investing in school meals, we give children an incentive to go to school and keep learning. It also helps them stay healthy and nourished, and be better prepared for their future,” she added. The new funding will go towards improving school infrastructure and strengthening the capacity of local governments and schools that offer school meals to their students. It also seeks to foster sustainability through a homegrown school feeding approach, where local farmers are empowered to produce and supply food to the local schools.

Shanti Volunteer Association (SVA), a Japanese NGO, will support in nutrition education activities that promote healthy behavior among peers and families. The Embassy of Japan and WFP Nepal expect to assist in improving nutrition while also contributing to the friendship that exists between the peoples of Japan and Nepal.

India Provides Grant For The Construction Of New School Building In Butwal By NEW SPOTLIGHT ONLINE 1 day, 5 hours ago

PM Oli Adopted A Rhino By Agencies 1 day, 18 hours ago

338 Households Displaced In Fungling Due To Fire By Agencies 2 days, 7 hours ago

Chanda Led Maoist And The Government To Hold Talks By NEW SPOTLIGHT ONLINE 2 days, 18 hours ago