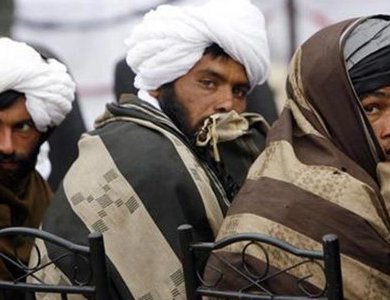 A week-long "reduction in violence" between the Taliban, the United States and Afghan security forces took effect on Friday, raising hopes of a resolution to the 18-year-long war.

The agreement struck during negotiations between US and Taliban representatives, if maintained, could secure a peace deal that would lead to a withdrawal of American forces from Afghanistan.

Taking to Twitter, US State Secretary Mike Pompeo, said: "After decades of conflict, we have come to an understanding with the Taliban on a significant reduction in violence across #Afghanistan. This is an important step on a long road to peace, and I call on all Afghans to seize this opportunity."

In a televised address, Afghan President Ashraf Ghani announced the reduction in violence (RIV) would begin at midnight local time on Friday (19:30 GMT). The army will "remain on active defence status during the week", he said.

"Local government and security officials have been instructed by the president himself on how to follow the regulations agreed upon for the RIV period," he said, adding that Afghan forces will also retaliate to the violation of the understanding.

The Taliban's statement also said the signing of the peace deal would be followed by intra-Afghan talks with various political parties in the country.

Pakistan welcomes the announcement regarding the signing of a possible deal between the United States and Afghan Taliban, the Foreign Office said on Friday.

It said Islamabad "look[s] forward to the signing of the agreement", which Afghan officials have said could be finalised on February 29.

The statement comes after officials earlier in the day said a week-long "reduction in violence" between the Taliban, the US, and Afghan security forces is slated to commence over the weekend.

"We hope the Afghan parties would now seize this historic opportunity and work out a comprehensive and inclusive political settlement for durable peace and stability in Afghanistan and the region," said a statement from the Pakistani Ministry of Foreign Affairs.