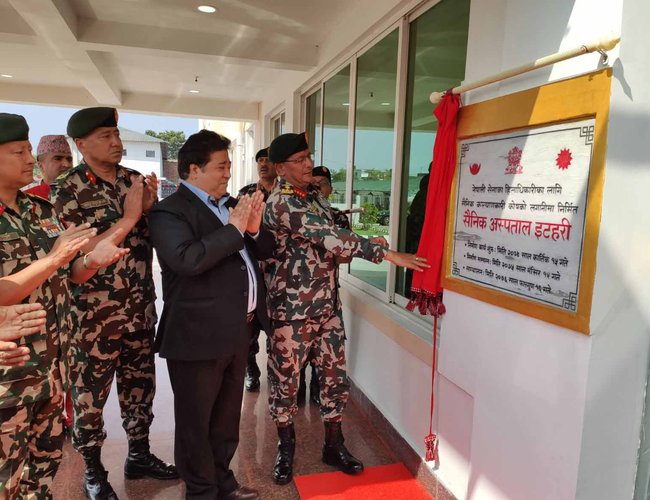 Chief of the Army Staff (COAS) General Purna Chandra Thapa has inaugurated the first military hospital in Itahari at the premises of East Division Headquarters of Nepal Army morning.

Financed by Army Welfare Fund, Military Hospital is the third standard military hospital outside Kathmandu, informed COAS General Thapa. ''We have already constructed similar military hospitals in Pokhara, Nepalgunj'', stated COAS Thapa in his brief address to attendees of the formal function, ''This will reduce the crowd in Birendra Military Hospital in Kathmandu and will make it easy for military personnel and their family members of this region.'' COAS General Thapa said satellite hospitals were also being constructed in Dhangadhi and Bardibas.

The construction of the 50-bed military hospital was started on 1 January 2017 and was accomplished on 1 December 2018. The hospital spanned around 30 thousand square meters of area, which is the project of Rs. 160 million, informed Nischal Jung Rayamajhi, the construction engineer of the hospital. ''The two-storied building, access roads and all other associated infrastructures are included in this budget'', said Rayamajhi. 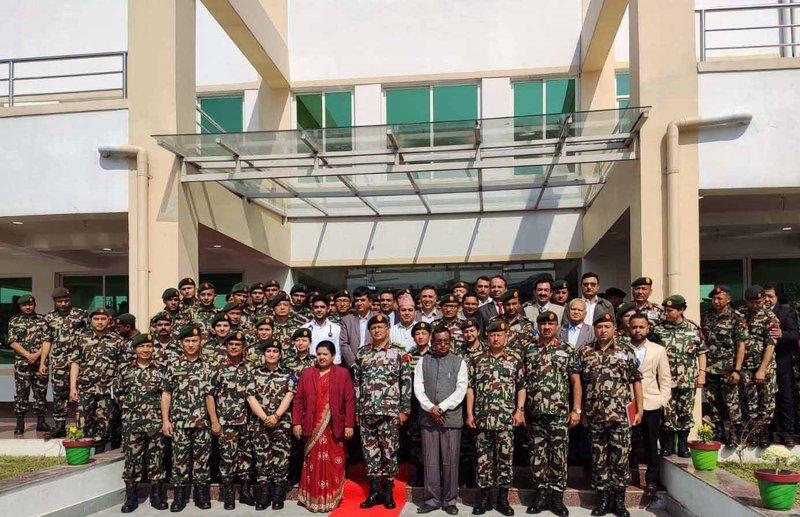