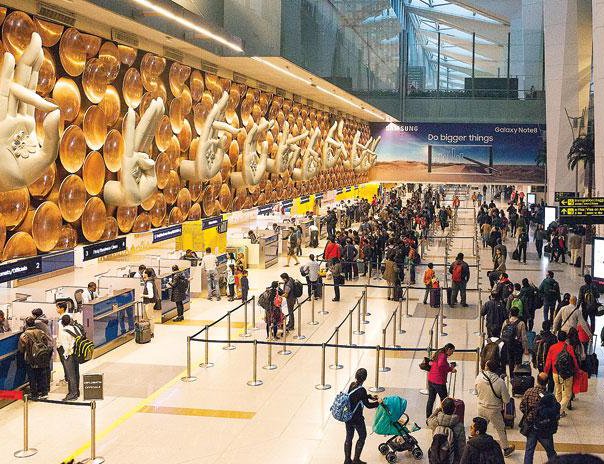 Nepal has only one reported case of novel coronairus and Nepal government has recently geared up health checkup in Tribhuwan International Airport and other border areas, Indian government has placed Nepal in the list of highly affected countries with China, Korea and Italy.

Indian authorities have started to treat Nepali air passengers like other 12 countries segregating them from rest of the passengers.

An Airport Authority of India (AAI) spokesperson said passengers from Nepal including other twelve countries would not be allowed to mix with other passengers at International Airports in India.

According to the spokesperson, the passengers from the 12 countries would not be allowed to mix with other passengers during "health screening, immigration and conveyer belt areas".

338 Households Displaced In Fungling Due To Fire By Agencies 4 hours, 58 minutes ago

Chanda Led Maoist And The Government To Hold Talks By NEW SPOTLIGHT ONLINE 15 hours, 24 minutes ago

Nepal Is Committed To End All Kinds Of Discrimination: Foreign Minister Gyawali By Agencies 6 days, 15 hours ago