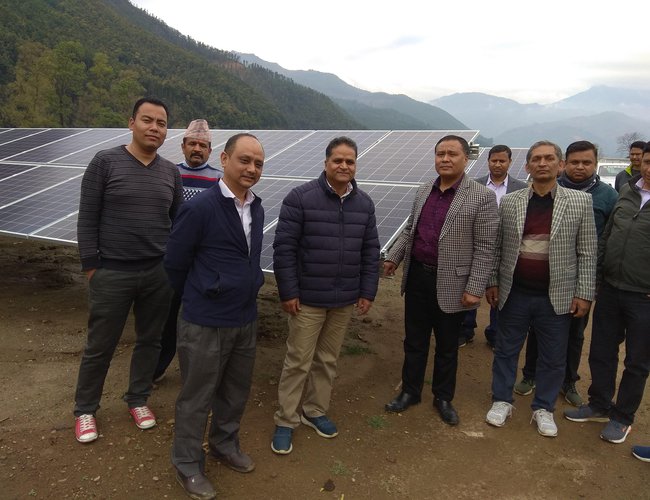 The construction of 25 MW Nepal’s fist largest Solar Power plant is in the final stage. Situated in Debighat Hydropower Plant in Trishuli, the plant will start a generation of 15 MW power by April 2020. However, the 10 MW will complete at the end of March.

So far another 10 MW is concerned; NEA is identifying the location for the plant. The energy generated by the plant will be directly connected to the national grid. Since there is no provision of battery, the plant will generate electricity in the day time on sunny days.

According to a press release issued by NEA, a new substation of 66/33 is also now under construction. Managing director Kul Man Ghising, Deputy Executive Directors Harraj Neupane and Bajrabhushan Chaudhary inspected the construction sites and discussed the matter related to the problems in the construction.

According to NEA, one panel generates 275 watts there requires 20 ropanies of land to install a panel to generate 1 MW. During the inspection visit, NEA’s MD Ghising directed concerned officials and contractors to evacuate the power generated by the plant through the existing 33 kV transmission line. He said that the construction of new substation will likely take a few more months adding energy needs to evacuate using through the existing alternative systems.

“As the demand of energy is growing, there is no question to waste energy,” said Ghising. We still have to face difficulty in electricity management for the coming three months. The construction must complete by April,” directed Ghising.

Representatives of the contractors said that all the types of equipment have already reached in the sites and installment of 15 MW will complete by April. Minister of Energy, Water Resources and Irrigation laid the foundation of the project last year April aiming to generate electricity by April. 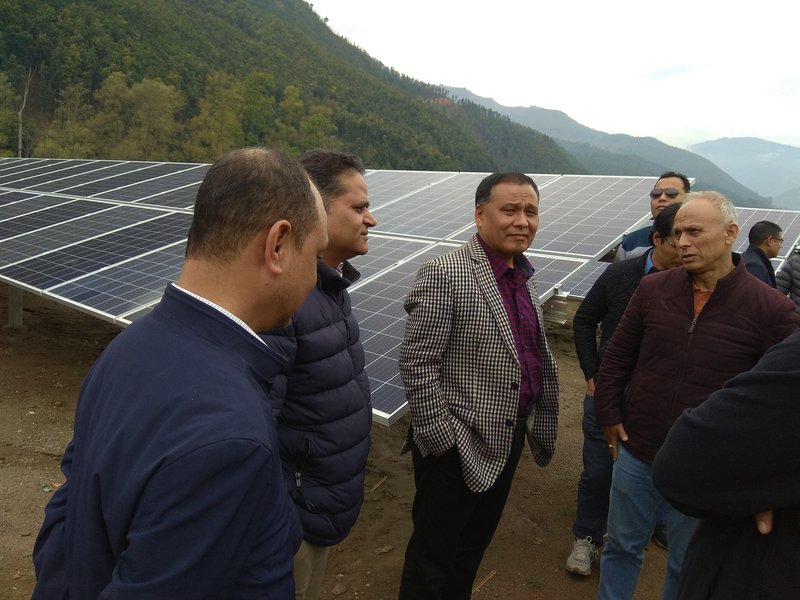 The company will hand over the project in running condition after five years. The contractor has to supply 33 million units of guaranteed electricity annually to NEA.

After completion of the project, it will help to fulfill the scarcity of energy during the winter. Since the project is close to load center Kathmandu, the project supports to strengthen the electricity system and make it reliable.

The plant also helps to increase the reserve water in peaking power projects like Kaligandaki A, Middle Marsyangdi and Chileme to operate in the evening.

UPPER TAMAKOSHI Get Set To Go By A Correspondent 3 hours, 16 minutes ago

LOOMING LOADSHEDDING NEA SAYS NO By A Correspondent 3 months, 1 week ago