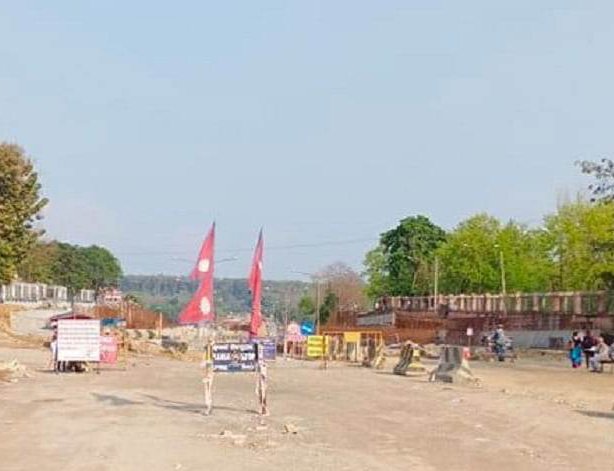 Nepal Government tightens border points with India including Mahendranagar, Kakadvitaa, Sunauli Raxaul. However; these are open for transporting goods across the two countries.

At a time when the cases of coronavirus infections are rising steadily in neighboring India particularly in the state of Bihar, Utter Pradesh and West Bengal, Provinces 1,2, 5 and Sudur Pacschim has imposed a ‘near-total lockdown’ at its border points following a meeting with the Indian security force.

According to the report, Kanchanpur District administration has barred any gathering at the Gaddachauki border. Similarly, Jhapa District Administration has also issued a notice not to gather in a group in the border.

All eight districts of the province share borders with India—where the Covid-19 pandemic has infected over 280 people and killed four so far, and where a significant number of the districts’ population work.

Although they have checked thoroughly, border security hasn’t detected any infected persons or suspects. Meantime, the Ministry of Home Affairs has issued a direction to all Chief District Officers in Nepal to monitor whether those entered from Nepal maintain 14 mandatory quarantine or not. The Ministry directed to strictly monitor those arrived from abroad in the last 15 days.

As of Sunday, the novel coronavirus disease, which was first identified in the Chinese city of Wuhan in January, has reached 185 countries and territories. The scourge has claimed the lives of over 11,000 globally and infected over 300,000. In Nepal, there has been only one case so far, and the patient has recovered after treatment.

338 Households Displaced In Fungling Due To Fire By Agencies 4 hours, 39 minutes ago

Chanda Led Maoist And The Government To Hold Talks By NEW SPOTLIGHT ONLINE 15 hours, 5 minutes ago

Nepal Is Committed To End All Kinds Of Discrimination: Foreign Minister Gyawali By Agencies 6 days, 14 hours ago