COVID-19: Protecting Workers In The Workplace

COVID-19 cruelly highlights inequalities and threatens to deepen them 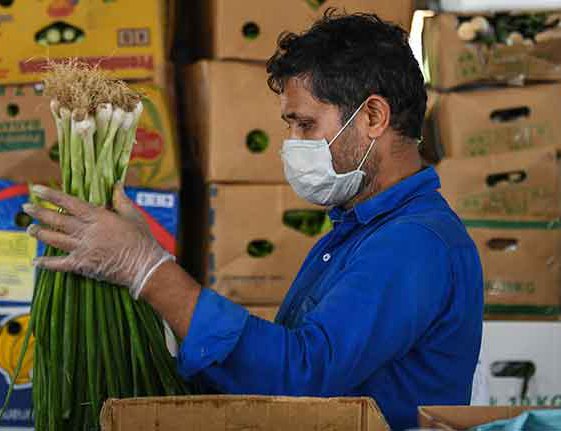 The COVID-19 pandemic is exacerbating already existing inequalities – from catching the virus, to staying alive, to coping with its dramatic economic consequences. Policy responses must ensure that support reaches the workers and enterprises who need it most.

Some groups, such as migrant workers and workers in the informal economy, are particularly affected by the economic consequences of the virus. And women, who are over-represented in the public health sector, are particularly exposed.

Policy responses must ensure that support reaches the workers and enterprises who need it most, including low-wage workers, small and medium enterprises, the self-employed and the many other vulnerable people.

Everyone is at risk

While some workers can reduce their exposure to the risk of contagion by teleworking from home, or benefitting from preventive measures, many cannot because of pre-existing inequalities.

Across the world, 2 billion workers (61.2 per cent of the world’s employed population) are in informal employment. They are more likely to face higher exposure to health and safety risks without appropriate protection, such as masks or hand disinfectants. Many also live in cramped housing, sometimes without running water.

This not only exposes these workers to health risks, it also makes preventive measures for the wider population less effective.ILO

Getting sick means becoming even poorer

Inequalities also play out cruelly in what happens to people when they catch the virus.

For some it means going on sick leave, accessing health services and continuing to receive a salary.

But for those at the bottom of the income chain it’s a catastrophic scenario. Many are not covered by health insurance and face a higher risk of mortality. They may not even have access to health services.

Even if they ultimately recover, the absence of income replacement benefits means that they can become even poorer. Every year, an estimated 100 million people fall into poverty as a result of catastrophic health expenses.

The “work or lose your income” dilemma

Governments and central banks have adopted large-scale measures to save jobs and enterprises, and provide workers with income support.

Unfortunately, not all workers or enterprises benefit from these measures.

For informal economy workers, reduced hours, due to the pandemic, means loss of income with no possibility of receiving unemployment benefits.

Informal micro and small enterprises that constitute 80 per cent of enterprises worldwide are generally out of reach of public policies.

Part-time workers, many of who are women, temporary workers, or workers under short-term contracts and in the digital gig economy are frequently not eligible for unemployment benefit or income support.

Many of them face the same “work or lose your income” dilemma as informal economy workers. To pay their food and other basic expenses they often continue to work until forced to stop by measures to limit contagion by the virus. This compounds the economic insecurity they already face.

In adopting short-term responses to the crisis, urgent attention should be devoted to protecting low-income households.

This means income support measures broad enough to cover the most vulnerable workers and the enterprises that employ them.

Italy for example extended income support (80 per cent of the gross salary) to workers in enterprises with financial difficulties, to all economic sectors and to enterprises with less than 15 employees, which are normally not eligible. Lump-sum income compensation is also provided to the self-employed and external collaborators.

Spain is providing income support for the self-employed, members of cooperatives and workers whose employment has been temporarily suspended, even if they would not have normally received unemployment benefits.

In developing countries, informality and limited fiscal space add to the difficulties. However, income support could be extended through non-contributory social security schemes or existing cash transfer programs. Support could also be offered temporarily to informal enterprises.

He is ILO's Senior Economist

PRASHASTI ARYAL Rising Poet By A Correspondent 2 months, 3 weeks ago