A Treasure Hunt For Masks

A Treasure Hunt For Masks 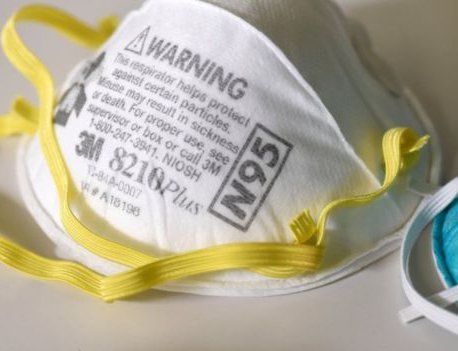 As the coronavirus pandemic worsens, demand for crucial medical supplies, such as masks and respirators, has surged worldwide reports BBC.

Earlier this week, the World Health Organization (WHO) said it was considering changing its guidance on whether people should wear face masks in public.

According to BBC, at present, the WHO advises that masks do not provide sufficient protection from infection to justify mass usage. But some countries have taken a different view, including the US.

On Friday, Mr Trump announced that the Centers for Disease Control (CDC) will now recommend that Americans use non-medical, cloth face coverings to help prevent the spread of the virus.

New York's Mayor Bill de Blasio has urged residents to cover their faces when outside.

The US has 273,880 recorded cases of Covid-19, the highest number in the world by a large margin. Covid-19, the disease caused by coronavirus, has affected more than one million people and killed almost 60,000 globally, the latest figures show.

In a separate development, 3M said the Trump administration had asked it to stop exporting US-made N95 respirator masks to Canada and Latin America.

The request had "significant humanitarian implications", the company warned, and could prompt other countries to act in kind.

The company says it manufactures about 100 million N95 masks per month - about a third are made in the US, and the rest produced overseas.

President Trump said he had used the Defence Production Act to "hit 3M hard", without providing additional details. The law dates back to 1950 and allows a president to force companies to make products for national defence.

Canadian Prime Minister Justin Trudeau told reporters on Friday that "it would be a mistake to create blockages or reduce trade".

The US has been accused of redirecting 200,000 Germany-bound masks for its own use, in a move condemned as "modern piracy".

The local government in Berlin said the shipment of US-made masks was "confiscated" in Bangkok.

The FFP2 masks, which were ordered by Berlin's police force, did not reach their destination, it said.

Andreas Geisel, Berlin's interior minister, said the masks were presumably diverted to the US.

The US company that makes the masks, 3M, has been prohibited from exporting its medical products to other countries under a Korean-War-era law invoked by President Donald Trump.

On Friday, Mr Trump said he was using the Defence Production Act to demand that US firms provide more medical supplies to meet domestic demand.

"We need these items immediately for domestic use. We have to have them," Mr Trump said at the daily Coronavirus Task Force briefing at the White House.

President Trump said medical supplies being diverted from abroad were needed urgently in the US. He said US authorities had taken custody of nearly 200,000 N95 respirators, 130,000 surgical masks and 600,000 gloves. He did not say where they were taken into US hands.

Mr Geisel said the diversion of masks from Berlin amounted to an "act of modern piracy", urging the Trump administration to adhere to international trading rules.

"This is not how you deal with transatlantic partners," the minister said. "Even in times of global crisis, there should be no wild-west methods."

A 'treasure hunt' for masks

Mr Geisel's comments echo the sentiments of other European officials, who have complained about the buying and diversion practices of the US.

In France, for example, regional leaders say they are struggling to secure medical supplies as American buyers outbid them.

The president of the Île-de-France region, Valérie Pécresse, compared the scramble for masks to a "treasure hunt".

"I found a stock of masks that was available and Americans - I'm not talking about the American government - but Americans, outbid us," Ms Pécresse said. "They offered three times the price and they proposed to pay up-front."