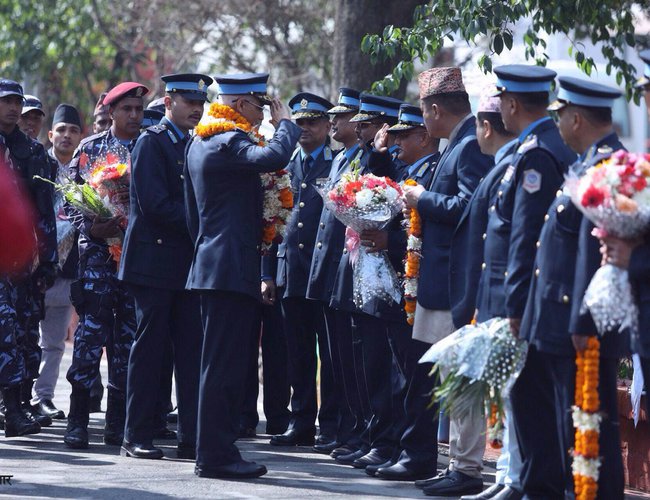 Following the slashing of vacancies of Deputy Inspectors General (DIGs) in Nepal Police, ten persons were recommended for promotion.

From 34 vacancies of DIGs, including eight for technical posts, non-technical DIGs, government has brought down to 14 but the eight posts of the technical DIGs have been kept intact reports The Rising Nepal.

“The decision on this regard was taken by the Office of the Prime Minister and Council of Ministers on Thursday (April 9) and a letter of the decision arrived at the Ministry and a copy of it was sent to the Police Headquarters,” said Umakanta Adhikari, under-secretary and joint-spokesperson at the Home Ministry.

SC Issued An Interim Order Against Citizenship Ordinance By Agencies 6 days, 14 hours ago