Nepal To Evacuate Nepalese Stranded In Saudi Arabia Next Week

Nepal To Evacuate Nepalese Stranded In Saudi Arabia Next Week 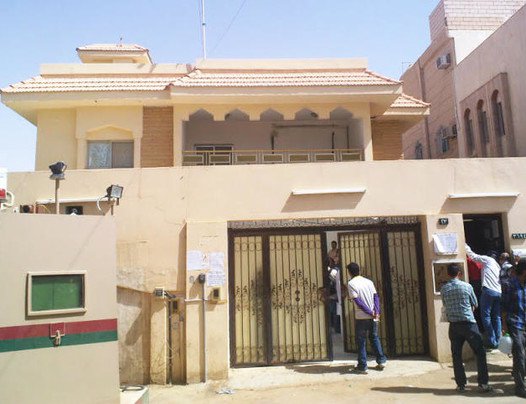 Nepal has requested Saudi Arabia to arrange facility to send Nepalis gathered in the camps created for people who want to return to Nepal reports The Rising Nepal.

According to paper,High officials of the Nepali Embassy in Riyadh had met the chief of such camps and urged them to send the Nepalis back to the country via any air route.

"The Saudi authorities have requested us to wait till next Sunday," said the embassy on Monday in a notice issued for the Nepalis in the country. Number of Nepali workers in such camps has significantly increased in the last couple of days reports the paper.

According to the embassy, by Monday Himalaya Airlines, Salam Air and Oman Air are in operation to carry the people allowed by the authorities to exit the country. The Gulf nation has barred aviation service to and from the European Union, India, Pakistan, Sri Lanka, Sudan, Ethiopia, South Sudan, Eritrea, Kenya, Djibouti and Somalia in the wake of the growing number of VOVID-19 infected people there.

However, it has allowed Saudi citizens and foreigners with valid visa to reach the country within 72 hours from Monday.

The embassy said that no Nepali citizens in Saudi Arabia were found infected with coronavirus so far.

Stating that all the services of the mission would be continued as usual, the embassy has urged Nepali workers not to move in groups or use public transportation and to go to the embassy for the recommendation of work permit and regular consular and consultation service if their passport has more than six months validity.

Nepal To Resume Domestic And International Flights By Agencies 3 hours, 33 minutes ago

SC Issues Interim Order To Halt Export Of Aggregate To India By Agencies 3 days, 3 hours ago